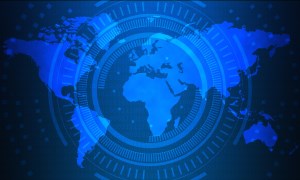 Peter Kosmina the Country Manager Australia for TradeWindow, a leading software company that provides digital solutions for exporters, importers, freight forwarders, and customs brokers, says Australia is running a trade marathon with its shoelaces tied across its feet. In this article, he explains why action is urgently needed…

The Australian government recently strengthened its commitment to streamlining trade with the April Federal Budget announcing a further $267 million to the creation of its Simplified Trade System.

It is crucial that as the new Labor Federal government rolls up its sleeves and gets to work that the Simplified Trade System is earmarked as an ‘express’ item and prioritised by the new government. It’s this digitalisation that can bring Australian trade up to the standards already enjoyed by exporters in hundreds of other countries.

The quantum of Australian exports is large and growing. But it hides the on-the-ground reality of Australia’s 57,000 exporters. For many, exporting is a daunting experience.

At present, the regulations that impact cross-border goods are administered by close to 30 Commonwealth government agencies. Consequently, exporters have to meet a multitude of requirements, including multiple requests for the same trade data from different agencies.

Our exporting counterparts across the OECD take an average of just four hours to complete documentation for a trade transaction, while Australian exporters slog away for seven (according to Export Council of Australia).

And while we back ourselves as a major player, we’re ranked 106th when it comes to getting our goods across Australia’s borders.

The World Bank also reports that we face much higher compliance costs. Here in Australia, it costs $354 (2019) to prepare a set of shipping documents, 86% higher than the costs of our OECD counterparts.

Supply chain players have a lot on their plate. Participants face a complex set of market dynamics and emerging disruptive forces, such as globalisation, outsourced manufacturing, intense competition, tighter margins, and market threats. This is against the backdrop of an economy where expectations for delivery are becoming shorter and more exacting.

Faced with all this, the keys to productivity are data collection and information visibility. The New Zealand Institute of Economic Research (NZIER), a well-respected economic think-tank, suggests that digitalisation of cross-border trade compliance has the potential to unlock benefits for economies in the Asia-Pacific region, estimated to be between US$8-17 billion over 10 years. And there are existing technologies and platforms that can turn this into a reality.

We are working with 400 leading exporters and freight forwarders in Australasia to connect the commercial, logistics, finance and government data silos present in all global supply chains through our Cube platform.  It allows interoperability between the software platforms used by port authorities, ocean carriers, banks, insurance companies and border agencies.

This takes exporters a step closer to realising the vision of end-to-end digital trade facilitation where all parties across the supply chain can work from a single source of truth.

What we are doing is all backed by blockchain, delivering ‘trust’ between parties through a highly secure, encrypted digital platform. This enables trade parties to share data because it is interoperable with other computer systems across the trade ecosystem.  Sharing data from source reduces duplication of effort, minimises errors, streamlines compliance, supports product provenance and accelerates trade.

But new technology is only part of the equation to deliver the ‘joined up’ solutions envisaged by the Simplified Trade Taskforce. We also need ongoing change management.

Our trade and logistics sectors are often too busy with the task at hand to investigate ways improve or speed up their processes. Many players remain hooked on legacy systems and a mixed bag of spreadsheets and emails. So, in this regard, it’s also pleasing to see the Federal Government invest in programmes supporting digital literacy and uptake in Australia’s SME segment.

Recent trade agreements include high-level provisions to enable digital trade. However, these provisions often leave the question of ‘how’ this will occur. Two obvious ‘work on’ areas are the need to harmonise data standards between trading nations and the urgent need for the Australian government to adopt two further tenets of the UN Model law underpinning future paperless trade.

Like many other APEC economies, Australia has ratified the model law for Electronic Commerce but has yet to do so for Electronic Signatures and Electronic Transferable Records. This is the trade equivalent of running a marathon with your shoelaces tied together.

Recent events such as Covid 19, geopolitical tensions and conflict in Ukraine have revealed a world where we can no longer take stability and prosperity for granted. Australia needs to find new ways to protect and extend its strategic advantages.

Pressure on performance will only grow as container volumes in most areas are expected to increase substantially during the next two decades. Bold steps to simplify the trade system will not just make life better for Australia’s 57,000 exporters, and 380,000 importers – it will enhance Australia’s standard of living, international competitiveness and have dramatic knock-on effects through our entire economy.

Peter Kosmina is Country Manager Australia for TradeWindow. He was previously a strategic consultant to the supply chain sector for more than a decade and was the founding CEO of 1-Stop Connections, a company specialising in the digitisation of port operations.