'The India free trade deal will give Australian businesses unprecedented access to one of the world’s fastest-growing economies’
David Knowles-Pitcher Partners read more
Our new e-magazine is OUT NOW. Click here to read.
REGISTER ADVERTISE
SUBSCRIBE TO OUR FREE NEWSLETTER
PUBLISHED | MAY 21, 2019
COMMENTS | NONE
Tweet 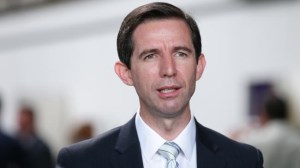 South Australian Liberal MP Senator Simon Birmingham is expected to resume the Trade portfolio in the new Morrison Cabinet – a move sure to be welcomed by Australia’s export community.

Senator Birmingham was appointed Minister for Trade, Tourism and Investment in August last year and has made a big impression on the world stage driving Australia’s export and investment agenda.

As the Coalition’s election campaign spokesperson, Birmingham played a key role in the re-election of the Morrison Government.

“It is critically important to Australia’s future,” he said.

“There is still much to do in growing Australia’s exports even further into the future.

“I will serve as the PM determines.”

Mr Morrison is expected to announce the new Cabinet line-up this week.

Senator Birmingham served as Minister for Education and Training in the Turnbull Government.

Earlier this year, he signed trade agreements with Indonesia, Hong Kong and Peru.

He is also laying the groundwork for vital new trade deals with the European Union and the UK post Brexit.

“Improved access to global markets for Australian goods and services has been a key factor in the record export performance our government has delivered,” he said.

The additional funds, to be allocated over the next three years, demonstrates the Government’s strong support for Australian businesses with export ambitions, he says.

“We recognise the enormous contribution our exporters make to the economy, to creating more jobs and that’s why we’re backing them through this scheme.”

Senator Birmingham said the number of Australian businesses exporting goods and services has rocketed by 16 per cent under the Coalition government.

This has been fuelled by trade deals that have improved access to 1.8 billion new customers and delivered a record $22.2 billion trade surplus in 2018.

Promoting the Aussie Made logo

The Coalition Government has also pledged $5 million to reinvigorate the Australian Made campaign to help grow exports.

During the election campaign Mr Morrison said the Australian Made logo would be promoted in Australia’s key export markets.

“People all over the world know the ‘Australian Made’ logo means quality. Our plan is about giving hardworking businesses a competitive edge in overseas markets,” he said.

The AMAG logo is currently used by nearly 3,000 businesses across thousands of products sold all over the world. It is also a central element of the Government’s recently introduced food labelling laws in Australia.

It will be featured on the labels of thousands of food products exported from Australia (in addition to the thousands of non-food Australian exports).

The logo is a registered trade mark in USA, China, South Korea, Singapore and India, with legal proceedings having commenced to register it in seven other Asian countries – Hong Kong, Indonesia, Japan, Malaysia, Taiwan, Thailand and Vietnam.

New Australian Made trade marks will now be registered in markets like the European Union, the United Kingdom and Canada.

And as an added boost for rural exports, the Federal Budget includes $16.5m in new money for agricultural exporters, and $12.9m to continue existing programs.

This money is mostly targeted at measures to reduce barriers to trade (such as the lack of scientific protocols that enable market access).

A further $68m will go to revitalising freight rail in Tasmania.

The Budget also provides $50 million over three years for a National Tourism Icons Program for vital tourism infrastructure and upgrades.