'The India free trade deal will give Australian businesses unprecedented access to one of the world’s fastest-growing economies’
David Knowles-Pitcher Partners read more
Our new e-magazine is OUT NOW. Click here to read.
REGISTER ADVERTISE
SUBSCRIBE TO OUR FREE NEWSLETTER
PUBLISHED | MAY 17, 2018
COMMENTS | NONE
Tweet 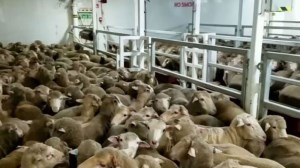 A review into live sheep exports has recommended a major reduction in animals on ships bound for the Middle East during the dangerous hot months in the middle of the year.

At the same time, the federal government has foreshadowed tough new penalties – including 10-year jail terms – for companies that breach animal welfare rules.

The review, by respected livestock veterinarian Dr Michael McCarthy, calls for a major overhaul of the live sheep trade during the Middle Eastern summer.

Mr Littleproud said the government would accept all 23 recommendations made by Dr McCarthy. Most of the recommendations would be implemented by the next northern summer.

“The live sheep export trade is in for significant change,” Mr Littleproud said.

Among the list of recommendations, Dr McCarthy says space for sheep on cargo ships should be increased by up to 39 per cent. This would significantly reduce the number of animals allowed on board.

In the past, the Independent Regulator has used the sheep deaths as the indicator of animal welfare. It will now move towards a model that focuses on animal welfare, rather than mortality.

"The greater mortality is heat stress. Dr McCarthy has created a new model which goes towards addressing this deducing the probability of sheep with heat stress and ventilation and airflow on boats.”

The new formula means sheep numbers will have to drop by almost 30 per cent in the hottest months. As the heat increases, sheep numbers must decrease.

Mr Littleproud said the new model could encourage exporters to upgrade their boats.

"(It) could have the potential merit of giving exporters incentive to improve ventilation and airflow to increase their carrying capacity," he said.

Also, the reportable mortality level will be halved now from two to one per cent, which means if more than one per cent of sheep die it must be reported immediately and investigated.

Under this offence, a director of a company could face 10 years prison or $2.1 million fine.

An individual convicted under the same offence would face 10 years and $420,000 fine.

For a company, the fine will be $4.2 million, three times the benefit gained, or 10 per cent of the company’s annual turnover, whichever is greater.

Mr Littleproud said independent observers will be a mandatory requirement on all ships carrying live exports – sheep and cattle – from Australia during the northern summer. The observers will report daily to the Independent Regulator.

By the 2019 Middle Eastern summer, ships must have automated environment monitoring equipment fitted in the pens.

Exporters welcomed the review, with the Australian Livestock Exporters' Council (ALEC) saying the industry would accept all of the changes announced.

"Industry accepts the move to broader, science-based animal welfare indicators on vessels. We will engage constructively with the Government in the development of these measures," ALEC chairman Simon Crean said.

However, Opposition Leader Bill Shorten has indicated his party will phase out live exports if it wins government at the next election. Animal welfare groups are also calling for an end to live trade.

Mr Littleproud said the livelihoods of farmers throughout most of Australia depend on the live sheep trade, which provides 1800 jobs.

“We need to give certainty to these people,” he said.

For the full report and response to the recommendations, visit: agriculture.gov.au/LAE