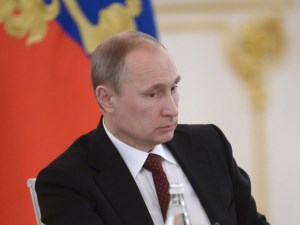 Minister Joyce said the government would work closely with affected producers to minimise the impact on their business.

The sanctions are effective for one year.

Minister Joyce said the government is working to assess the full impact of the ban.

“To put Russia’s ban in perspective, Australia’s total trade with Russia represents just 0.4 per cent of our trade overall and one per cent if you only look at agricultural exports,” Minister Joyce said.

Australian agricultural exports to Russia last year were valued about A$405 million, including some commodities now already banned including beef (A$159 million), milk and dairy products (A$76 million), live animals, excluding seafood, (A$55 million) and fruit and nuts (A$9 million).

“Russia ranks number 28 on Australia’s list of export destinations so we are certainly not heavily reliant on it as a trading partner, Minister Joyce said. “The excellent reputation of our agriculture sees it in strong demand in many other major markets.

“Free trade agreements with major markets such as Japan and Korea and, we hope soon to be China, open up more opportunities and help further diversify our trade.

“Our immediate focus is to manage those exports that are currently at sea or in transit to Russian markets and to assist exporters in redirecting them, wherever possible, to alternative destinations.”

Australia’s burgeoning dairy trade to Russia will be hardest hit by the sanctions.

And rival dairy exporter New Zealand, which escaped the sanctions, is expected to benefit from the ban.

Russia has been a growth market for Australian dairy products in recent years and is currently worth about $112 million a year. (Butter accounts for 83 per cent of the total).

Although Russia accounts for only 3 per cent of dairy exports, it took 46 per cent of Australian butter exports in 2013-14, according to Dairy Australia.

After China, Russia is the world’s second biggest importer of dairy products.

Gary Helou, the managing director of Australia’s biggest dairy exporter Murray Goulburn, said the ban was another blow for the industry after the recent decline in dairy commodity prices. “Russia is a very important market. It’s disappointing and it’s frustrating,” Mr Helou said.

Limited impact on beef and sheep

Fonterra Australia said its exposure to Russia was “negligible”.

The impact on sheep and beef is also expected to be limited.

At the beginning of the year, Meat and Livestock Australia projected 3000 tonnes of beef for the Russian market out of a total of 1.5 million tonnes.

“We haven’t sent any beef in any form to Russia since April,” Meat and Livestock Australia chief economist Tim McRae said.

Minister Joyce said those affected most by Russia’s actions would be ordinary Russian people.

“There are no winners in what Russia has done.”

Australian exporters can find updates at: www.agriculture.gov.au and the Department of Foreign Affairs and Trade: www.dfat.gov.au