‘UK wine exports are at their highest level in a decade’
Rachel Triggs, Wine Australia read more
Our new e-magazine is OUT NOW. Click here to read.
REGISTER ADVERTISE
SUBSCRIBE TO OUR FREE NEWSLETTER
PUBLISHED | FEBRUARY 11, 2016
COMMENTS | NONE
Tweet 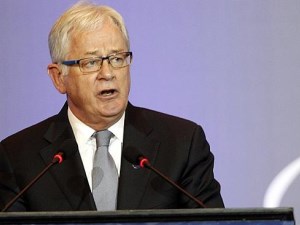 Trade Minister Andrew Robb hopes to finalise a free-trade agreement with key trading partner India before leaving politics at the next election.

Mr Robb told reporters in Canberra yesterday “a lot of progress” had been made in the negotiations.

“I would like to do my best to conclude the Indian agreement,” he said, conceding it won’t be an easy assignment.

“They’re not prone to do the trade agreements and when they do they make it somewhat difficult.”

Mr Robb has been in federal parliament since 2004 and has been one of the Coalition’s standout ministers, negotiating free trade agreements with China, South Korea and Japan.

This week he tabled in Parliament the text of the historic Trans Pacific-Partnership trade agreement.

Mr Robb has begun negotiations for similar trade deals with Singapore and Indonesia, but may face a difficult task in signing agreements before the end of the year.

He indicated he could advance the negotiations early this year, but it might take another nine months at the earliest to complete.

“We can make a very accelerated start and start to get some low-hanging fruit,” Mr Robb said.

The deal with Singapore is more than just trade.?It would be similar to the whole-of-government relationship that Australia enjoys with New Zealand.

“To me that’s a very important thing to conclude because we have such a powerful and complementary relationship with Singapore,” Mr Robb said.