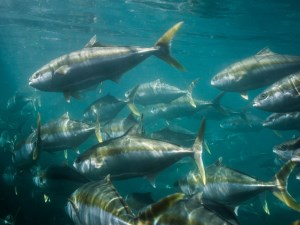 An Australian premium seafood company has invested in a new processing plant and liquid nitrogen rapid freezing technology in a bid to boost its share of the global kingfish market.

Clean Seas Seafood is ramping up production at its new processing plant in the South Australian capital Adelaide and will begin using the new rapid freezing technology in January.

It has also rebranded its fish Spencer Gulf Hiramasa Kingfish to make a stronger provenance connection to the pristine southern Australian waters where the fish are grown.

Clean Seas Seafood is the world’s largest full-cycle commercial kingfish producer and is the global leader in the breeding, farming and sale of Yellowtail Kingfish.

It is the market leader for the premium sashimi and table fish in Europe, producing more than 2000 metric tonnes a year of Spencer Gulf Hiramasa Kingfish from fingerling to 4.5kg.

“This is one of the world’s most premium seafoods and we’re now exporting to 28 countries around the world twice a week,” Clean Seas Managing Director and CEO David Head said.

“We’ve tripled our business in the last four years and we’re continuing to grow in the order of 20-30 per cent each year.

“Our growth is largely international and we are doing this by taking our product and introducing it to the top chefs and the leading restaurants around the world and we’re getting a terrific response.”

Yellowtail Kingfish, with its creamy white to pale pink flesh is known for its sashimi qualities but is also gaining traction as a versatile cooked product.

The new processing plant has been increasing output since August and will be fully operational by early 2018. It will help reduce costs and give Clean Seas greater control over its supply chain. Previously its fish were processed under contract in the South Australian regional town of Port Lincoln.

“We felt it was important to be able to control the supply chain from the hatchery right through to the final customer from a quality perspective but also from the perspective of being able to respond to customer demands and value adding opportunities,” Mr Head said.

“This investment means we are expecting to save a significant amount of cost in the business – it’s about a two-year payback for the investment we’ve made in this facility.”

The new liquid nitrogen rapid freezing technology will begin operating in January and is capable of freezing fish in 22 minutes, compared with up to six hours for the company’s existing freezers. This fast freezing preserves the quality of the fish but reduces the freight cost from about $4kg to less than $1.

Mr Head said while the frozen kingfish would not replace the premium fresh product at the top end of the market, it opened up opportunities for value-added products and gave access to new price points.

“The United States market, of which we’ve got about 3 per cent, is 87 per cent frozen yellowtail kingfish and we think this will give us a really big competitive advantage,” he said.

“Increasingly there are international markets opening up in Europe and other parts of the world where our premium product, which is quite expensive, is not a viable proposition for many restaurants.

“The ability to rapid freeze this product within a day of harvesting from the water and then ship it as a frozen product to Europe in our -40C supply chain we think will open up new markets for us in the coming years so we’re very excited about this new technology.”

The gulf is fed by the Southern Ocean and has a direct line of sight to Antarctica some 3500km to the south.

The fish are raised in a land-based hatchery until they reach 35 grams and are then transferred to sea pens until they grow to a 4.5kg sashimi grade product, which typically takes 18-24 months.

The Japanese kingfish industry is the world’s largest, producing about 160,000 tonnes a year. However, about 95 per cent of Japanese production is consumed domestically. 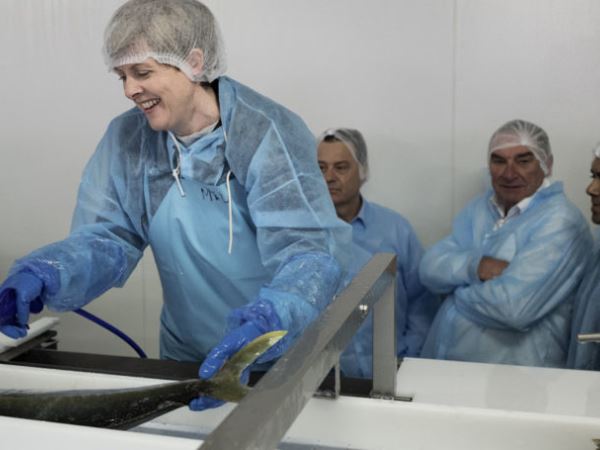 “The global market available to us with kingfish is a very significant one,” Mr Head said.

“It’s still very much the early days for this species, it’s not a particularly well-known species around the world but we see prospects both for growth in its traditional form – a large fresh sashimi product – but also in the value added food products as well.

“We have ambitions in the next couple of years to expand from just straight processing into value added food production as well. We’re interested in things like smoked kingfish, tartare, pre-sliced, sashimi and possibly ceviche.”