'USMCA is the most important deal we've ever made by far’
US President Donald Trump read more
Our new e-magazine is OUT NOW. Click here to read.
REGISTER ADVERTISE
SUBSCRIBE TO OUR FREE NEWSLETTER
PUBLISHED | JULY 10, 2016
COMMENTS | NONE
Tweet 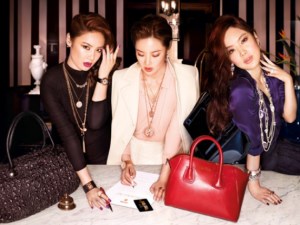 With a population of almost 1.4 billion people China would seem like a huge market for any Australian exporter.

Yet, so many come away after having spent considerable sums on planes and hotels and hiring exhibition suites with nothing in hand except a bewildering zero to show for their time and effort.

But is China such a big export market as its massive population would suggest?  Similarly, what are the current export opportunities and how can they be capitalised upon.

American businessmen always go into a rock hard swoon every time they think of so many potential customers but the reality outside of starry notions is quite different.

Depending on whose figures we use, Chinese wages on average per capita are less than one fifth of Australian wages.

In western terms more than half the population lead a subsistence lifestyle and possess negligible purchasing power. The proportion of the population that can afford western prices is relatively quite small.

Most if not all the well-paying jobs and worthwhile money making opportunities are tightly controlled by the ruling political party, their supporters and sundry anointed poster children.

Few can afford to purchase quality

The amount of trickle down and spill over is increasing and, over time, will make a transformational difference but that development is still some years off. Very few Chinse wage earners can afford to purchase quality.

Corruption, nepotism and patronage are a way of life with the party jealously guarding its control of the patronage machine.

It should be kept in mind China did not and has not economically modernised through economic or market pressures and achievements. It has been a modernisation by Governmental administrative fiat. The complexion of the economy must therefore be regarded thus.

There is no question headline trade numbers with China are impressively voluminous but prominent product groups of minerals and agricultural and related products make up most of the exports.

In a day to day business context, Chinese buyers are mostly reluctant to pay for exported western services as they compare the wage differential with own workers and deem the western offering as too expensive.

Do not assume your patent will be respected

Quality is rarely an issue with many potential Chinese buyers still prepare to accept the lowest possible quality rather than pay western prices for better quality services.

In terms of manufactured goods do not blithely assume your patent will be respected. The best protection is to have high value add technical complexity built into your product that will make it just too hard, difficult and expensive to copy or to easily come by alternatives.

Any attempt to export simpler manufactures that can be produced relatively easily in large production runs, regardless of design cleverness just cannot compete with Chinese cheap labour and will probably not get very far.

The better market opportunities for smaller exporters can be identified within the following perspectives:

While this list is meant to be indicative and does not cover every conceivable micro niche, the fact remains the export market from Australia to China is a selective one with opportunities far less numerous than many might imagine.

One day, perhaps decades in the future, China may very well be a huge broad based consumer export market but for now most Australian exporters will need a strong professionally presented value-add story to tell if they are to export to China successfully.

David Gray is lead consultant at BizTechWrite offering export advisory, documentation, language translation and planning services to Australian exporters. David can be contacted on 0458 701 990 or biztechwrite@gmail.com