‘Beginning to export can be challenging, but there are massive opportunities for Australian firms’
Karen Andrews, Minister for Industry, Science and Technology read more
Our new e-magazine is OUT NOW. Click here to read.
REGISTER ADVERTISE
SUBSCRIBE TO OUR FREE NEWSLETTER
PUBLISHED | SEPTEMBER 4, 2019
COMMENTS | NONE
Tweet 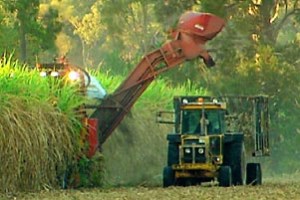 Australia’s sugar producers are struggling to sustain their livelihoods as the world market is flooded with subsided sugar exports from India and protectionist policies return, Dr Felicity Deane, from QUT’s School of Law says.

Australia and other nations including Brazil and Guatemala have started the lengthy dispute settlement process with the World Trade Organisation (WTO) to challenge the Indian government’s sugar support mechanisms.

“Cane growers and sugar mills are struggling financially because the glut of subsidised Indian sugar is depressing world prices to levels below the price per tonne Australian producers need to break even,” Dr Deane said.

Dr Deane said it had been reported that the estimated loss to the Australian industry would add up to more than $469 million for the 2017/18 to 2019/20 seasons.

She said if the matter were to be referred to the WTO Panel, the process would likely take at least a year.

“The focus will be on negotiating changes to the India support measures, but ultimately India can be directed to comply with international trade rules and may face trade sanctions and financial penalties,” she said.

“In the meantime cane growers may consider alternative sources of revenue, which could potentially include other uses for the cane juice, or, in extreme circumstances, they could consider changing land use.

“If there are widespread changes, some of the mills may face financial difficulty if the throughput of cane decreases.

“The sugar cane industry represents a number of different entities, all interdependent on the others, and therefore if there are widespread changes, the whole supply chain will potentially be affected.”

US tariffs on imported goods

Dr Deane said government protectionist policies were in the news lately due to President Trump’s introduction of tariffs on imported goods.

“If policies such as those affecting sugar were widely adopted, there would be a real risk that the international trading system would be thrown into a period of protectionism.

“International trade brings nations together with a collective goal to decrease barriers in trade, open up markets and improve living standards globally.

“Even if these standards have not always been achieved, the political stability that has resulted could, alone, be considered an achievement.”

“Growers are concerned about the global financial environment and, at the same time, many want to channel as many available resources as possible into improving farming practices with a view to protecting the Reef.

“The slump in the global sugar price could therefore have an impact beyond cane growers’ profit margins”.