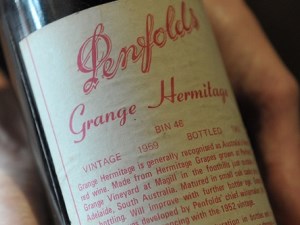 The average value of wine exports continued to rise in the year ended June 2014, driven by an increase in exports of premium Australian wines in key markets.

According to the latest Wine Export Approval Report June 2014, released by the Australian Grape and Wine Authority (AGWA), the average value of bottled wine exports grew by 6 per cent to A$4.77 a litre. Bulk wine exports grew marginally to A$1.02 a litre.

Total Australian wine exports continued to decline by 2 per cent to 684 million litres valued at A$1.78 million.

Bottled exports of wine above A$7.50 a litre increased by 4 per cent to 31 million litres.

AGWA’s Acting Chief Executive Andreas Clark said growth was strongest in the ultra-premium segment (above A$50 per litre).

“The ultra-premium segment grew by 25 per cent to a record 0.95 million litres and valued at A$76 million. It’s an early positive indicator of a reversal of the downward trends that were set in place when the global financial crisis took hold in late 2007.

“We have continued to see decline in the volume of Australian wine exports, mostly in the red wine segment with exports declining by 6 per cent to 383 million litres and accounting for a 56 per cent volume share.

Key figures released in the report by market are as follows:

The UK remains Australia’s biggest export market by volume. While overall volumes declined, bottle wine exports above A$7.50 a litre increased by 14 percent to 2.2 million litres.

Higher price segments recorded growth in the US with exports above A$7.50 a litre increasing by 8 per cent to 4.3 million litres.

The under A$5 price segment saw decline by 7 per cent to 100 million litres, with total exports to the US declining by 15 per cent at 161 million litres valued at A$432 million.

Bottled wine exports to Canada followed a similar trend with premium wine segments on the rise. The strongest growth was seen in exports above A$10 a litre, with volume up 16 per cent to 1.6 million litres.

Bottled exports below A$5 a litre to Canada declined by 11 per cent to 18 million litres.

The decline stabilised in the last three months with the sharp declines in the volume of premium Australian wine exports recorded in late 2013 easing.

Other Asian markets had strong results in premium wine exports including Singapore, Hong Kong, Malaysia, Thailand and Taiwan, particularly in the second half of the financial year.

“We’ll be continuing to work closely with the industry to build on the growth we’ve seen through our global program of marketing initiatives that promote the diversity and quality of Australian wines both here in Australia and overseas,” said Clark.