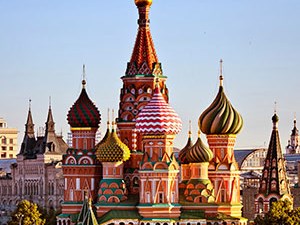 The federal government is keen to enhance the trade and investment relationship between Australia and Russia, says Minister for Trade Andrew Robb.

Mr Robb says there is significant scope for trade growth between the two countries.

And raising awareness about prospective opportunities in our respective markets is critical.

The federal government, through Austrade and the Department of Foreign Affairs and Trade, will assist Australian companies to enter and build their businesses in Russia.

Total trade, including services, between Australia and Russia last financial year was about $1.8 billion.

Mr Robb is confident this can be expanded, given the size of the two economies.

“It's important that we look to build on our respective strengths and identify areas of co-operation, where we can share expertise and technologies.”

Strengthening the links between financial and professional service providers in Australia and Russia will not only expand business in these sectors, but will also underpin commercial activity in other sectors, Mr Robb said.

The World Bank expects the Russian economy to grow by 3.1 per cent this year.

Fall in exports and imports

Meanwhile, trade between the two countries fell by 13.3 per cent last year compared to the previous year, according to the latest industry data.

Russia’s Federal Customs Service reports that Russian exports to Australia fell by 31 per cent and Australian imports to Russia declined by 11.2 per cent.

Petrochemicals were the fourth category in 2012 ($US12.5 million or 13 per cent of total exports) but last year shrank to 1 per cent, while tea exports rose to $US3.5 million in value.