Organic exports to China on the rise 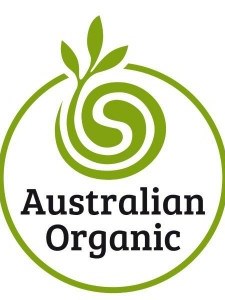 A new trade agreement will make it cheaper and easier for Australian organic producers to export to China.

Organic certifier, the National Association for Sustainable Agriculture, says the deal will be worth up to $100 million a year to Australia.

"There's a constant demand for good clean western grade foods in China. As long as their middle class keeps growing, this market is going to keep growing as well, he said.

"Australian operators have been trying to get in there for years, but have been probably prevented because of the prohibitive costs and logistical issues of getting around it.

"This agreement essentially removes those logistical issues and removes a lot of the cost."

Previously, Australian food producers were spending up to $50,000 to be certified organic by Chinese authorities in a bid to crack the burgeoning middle-class market of the Asian superpower.

But many companies baulked at risking the money because of the complex, unwieldy and expensive process to earn Chinese certification, Australian Certified Organic has said.

The Chinese government had refuses to recognise international standards, including Australia's organic benchmarks.

Bruce Symons, the chief executive of Organic Dairy Farmers of Australia, said after gaining Chinese certification five years ago, exports of long-life milk to China had grown by 20 per cent to 30 per cent a year, with sales nearing a million litres this year.

The company, which controls three-quarters of the organic milk market, is planning to sell organic baby formula because of the insatiable demand. The percentage of baby formula in total milk powder sales to Asia has grown from 25 per cent four years ago to nearly 50 per cent last year, figures from Dairy Australia show.

"I think this is a fantastic outcome.

"We did it the old way where the certifiers came over from China and it's a very long, drawn out affair that's quite costly.

"For our certifying bodies to be able to now certify on behalf of China is a great step."

He hopes all 45 Arcadian producers in NSW and Queensland will be certified soon.