Turned off by the opposition’s high-tax high-spend agenda, voters elected for the Prime Minister’s more practical approach to economic management.

Moderate economic reform should be enough to keep Australia’s economy humming along, though from a trade point of view it is an economy that is still heavily reliant on the export of a few commodities to a few markets.

Uncertainty in the global trading environment, escalating trade tensions, stagnating investment and a looming recession risk combine to make this an opportune time to examine Australia’s trade outlook and explore ways to diversify.

This doesn’t have to rely on government or big business, micro, small and medium-sized businesses (MSMEs) can also play a crucial role in expanding the country’s international footprint.

A need for diversification

Australia is one of the world’s most commodity-dependent developed economies. Commodities comprised 85% of Australia’s total goods exports in 2017, up from 71% in 1995. The “big three” of iron ore, coal and natural gas have increased their share of Australia’s commodity exports three-fold over this period, from 16% in 1995 to 48% in 2017.

The importance of the China trade relationship cannot be understated. One quarter of China’s raw material imports come from Australia, including 60% of its iron ore imports and over 50 % of its coal imports. Australia is China’s fourth-largest dairy supplier. In services, China is Australia’s largest source of short-term visitors, and more than 200,000 Chinese students study at Australian universities.

This relationship could become a vulnerability in today’s tense trading environment due to indirect impacts from the ongoing US-China trade war. Beyond mutual rounds of tariff escalation, the conflict is now spreading and targeting individual Chinese companies like telecommunications giant, Huawei. This creates uncertainty and could increase the risk of doing business with individual Chinese companies, especially if doing so complicates trade relationships with American firms and investors.

While there may be some potential benefits to Australia from this trade war – such as stimulus-boosted demand for commodity exports – any short-term benefit may be outweighed by longer-term risk and uncertainty.

Diversifying Australia’s trade profile is not only economically healthy in the long-run but is also one way to mitigate against the risks created by global trade tensions.

MSMEs can play a crucial role in diversifying Australia’s trade

Diversification is not solely dependent on government policy-making or on big companies shifting their export or investment plans. MSMEs can also play a crucial role.

MSMEs account for nearly all businesses (98%) in Australia and around half (45%) of all exporting firms. They also make up a significant proportion of Australian GDP and employment.

However, they do not have the capital, resources or time that larger businesses do, making it more difficult for them to strategize beyond the day-to-day.

Only around one quarter of the 1.4 million MSMEs in Australia are active internationally, even though MSMEs that export experience around 20% higher turnover than those that do not.

Fortunately, there are tools and channels that time and resource-poor MSMEs can leverage to diversify their reach and customer base, such as eCommerce, pursuing new product or service innovations, and disrupting the industries in which they operate.

eCommerce provides an efficient and low-cost platform to reach new customers in new markets or grow penetration in existing markets with minimal investment.

Though a relatively small domestic market, Australia’s consumers are avid users of eCommerce, spending around $2 billion per month on online shopping. This has helped attract the world’s biggest online players to Australia’s shores, whose platforms provide easy access for Australian MSMEs to customers worldwide.

Australian businesses must be more conducive to innovation

Innovation provides another pathway to diversification, but there is work to be done on this front in Australia. The country has slipped in recent years in comparative innovation rankings and hovers around the 20th position worldwide. Though still on a relatively strong footing, it places Australia behind smaller and more dynamic economies like those of Scandinavia and Singapore, as well as behind Anglo peers Canada, the UK and the USA.

According to the Global Innovation Index – where it ranks 28th in the world – Australia has particular room to improve in terms of business sophistication, and knowledge and technology outputs, where it ranks 38th. This means Australian businesses must be more conducive to innovation, and the country must better harness the fruits its inventions or innovations. 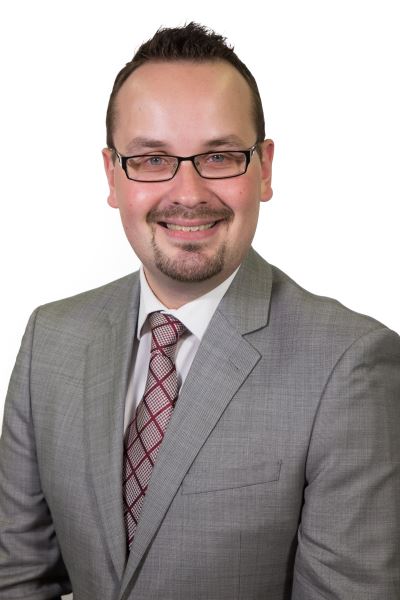 Start-ups worldwide are creating new industries and disrupting old ones, especially in technology and ICT services. While Australia has a few global champions in the space, to further leverage its start-up ecosystem as a tool for diversification, the country needs to ensure an attractive environment exists to lure the world’s best talent, and that its education system sufficiently nurtures a digitally-enabled workforce.

The time to diversify is now

Without a more diversified trade profile, Australia is heading toward economic stagnation over the next two decades, according to federal government reporting. States like Western Australia, where commodity investment and exports are virtually the only drivers of economic activity, stand to be hit hardest.

A healthy and competitive ecosystem of innovative start-ups and disruptors, a digitally-enabled workforce and the growth of delivery channels like e-commerce, can all help Australian MSMEs explore new opportunities in new markets.

A concerted effort from these smaller businesses to grow their international footprint will feed up to the macro level and help diversify the country’s overall trading picture. It will also encourage more MSMEs to engage in international trade in the first place.