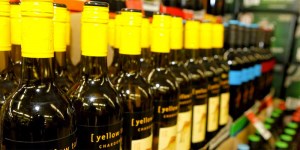 Australia and the United Kingdom have signed a new bilateral Wine Agreement and Mutual Recognition Agreement in London, which will help ensure the continued flow of trade post-Brexit.

Trade Minister Simon Birmingham said the agreements would ensure arrangements already in place between Australia and the European Union for our wine and other exports continue to apply for Britain post-Brexit.

“This will mean Australian exporters can continue to benefit from existing arrangements for mutual recognition as they do currently, even if the UK leaves the EU without an agreement,” Senator Birmingham said.

“These agreements provide assurances to Australian exporters that they will be able to get their goods into the UK post-Brexit whether it be wine, medical devices or automotive parts without additional trade barriers or regulations.

“They are a significant and necessary step in our post-Brexit preparations, where we want to minimise disruptions to trade flows and provide as much certainty to Australian exporters as we can.

“On top of these, we’re committed to securing a comprehensive free trade agreement with the UK as soon as they are in a position to do so, which will even further boost trade flows between our two countries.”

“We can grow our UK trade under this agreement and put more money in Australian wine grower’s pockets.”

The Wine Agreement replicates an agreement already in place with the EU, meaning the UK will acceptAustralian labelling standards and certification standards as well as winemaking practices.

Minister for Industry, Science and Technology Karen Andrews said the Mutual Recognition Agreement would ensure Australia and the UK continue to recognise the test reports and certificates issued by each other’s designated conformity assessment bodies.

Maintaining our strong trading relationship with the UK

“For Australian businesses, this will eliminate the cost and time of duplicative testing or the need for re-certification when their products arrive in the other country’s market.”

“The UK bought more Aussie wine than any other country last year – that’s a customer we want to look after.

“This agreement will protect Australia’s geographical indicators so UK consumers know our wine is fair dinkum.

“The agreement will secure the benefits of the existing deal with the EU so they continue with the UK after leaving the union.”