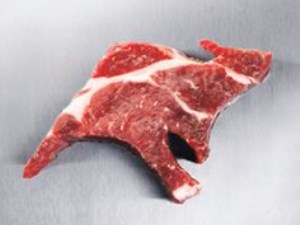 The federal government will allocate more than $800,000 to promote kangaroo meat into Asia.

And according to the kangaroo industry the funding could add as much as $500 million to Australian exports.

“More than $800,000 will be made available to promote this delicious, healthy meat into Asia, through industry-to-industry and government-to-government advocacy as well as through promotional work.”

And an additional $500,000 will be provided to the NSW Farmers’ Association to develop alternative supply chains for small beef producers and exporters.

“A delegation of farmers will visit overseas markets and share what they have learned to open up new opportunities for red meat producers.

“These grants are timely. We’re giving targeted support on the back of historic trade agreements with China, Japan and Korea that will mean real returns to the nation’s farmers.”

Under the PASE program, a total of $6.6 million (GST inclusive) has been committed so far to small exporters of fish, meat, egg, dairy, grains and horticulture. This is in addition to the $1.3 million already provided in rebates to assist small exporters with export registration charges.

Kangaroo Industry Association of Australia executive officer John Kelly told ABC Rural the funding would help in the creation of thousands of new jobs within the sector.

"This latest round of funding will, we believe, help us secure substantial markets for all kangaroo meat in Asia,” Mr Kelly said.

"In the long-term, we believe it will lead to something like half a billion dollars a year to Australian exports, and creating perhaps as much as 3,000 to 4,000 new jobs."

Mr Kelly is confident kangaroo meat will be accepted by Asian markets.

"In Chinese cultures they have a culinary tradition not unlike that of Europe which focuses on products of wild animals," he said.

"So kangaroo will slot right into that existing culinary tradition, as much the same way as it has in Europe.

"We've been trading kangaroo into there for 60 years as a strong, long-term position, and we believe in a few years time we'll have a similar sort of position in China."

Mr Kelly said the meat would be promoted into Asia as a high-end product.

"Kangaroo meat really is a sensational product," he said.

"It ticks every box. It's low in fat, high in protein and high in a number of compounds that are beneficial for health.

"It's environmentally friendly and it's just a great tasting product that's very versatile, which will fit quite nicely into a number of Asian culinary traditions."

Further information on the Package Assisting Small Exporters Program can be found at: