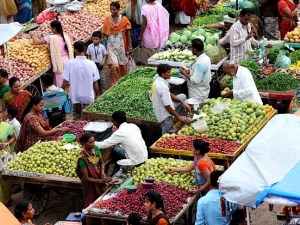 Australia’s disappointing export performance in India may be about to improve because of three converging trends, according to Export Finance and Insurance Corporation (EFIC).

The first two are stronger economic growth prospects and an expanding middle class, which together are expected to bolster industrial and consumer demand.

The third is trade deals that could improve market access.

The reasons for the decline appear to be higher import duties on gold exports, lower coal prices and a slower Indian economy. Similarly, exports of services to India fell from 7 percent of Australia’s total in 2009 to 3 percent in 2013.

The decline was largely driven by education, which comprises two thirds of Australian services exports to India. Here the deterrents appear to have been the high Australian dollar, stricter visa conditions and safety concerns.

While the two countries have long had strong cultural ties through a shared passion for cricket and a common history as former British colonies, trade is only about 10 percent of that between Australia and China.

But, Efic senior economists believe improving economic growth prospects under new Prime Minister Narendra Modi, who took office in May 2014 with the strongest electoral mandate in three decades, could help to reverse this slide.

An Indian trade delegation recently accompanied Prime Minister Modi during his Australian visit to attend the G20 Leaders’ Summit. Mr Modi’s visit was the first by an Indian leader in almost three decades.

During the visit Mr Modi said he was keen to promote stronger business ties between the two nations in areas such as education and information technology.

His new government is promoting an ambitious market-oriented reform program that aims to bolster economic performance and revive investment.

Stronger growth forecasts coupled with a large and youthful population means India could become the world’s largest middle class consumer market with spending of nearly US$13 trillion by 2030, according to Deloitte.

Australia’s strength in exporting rural products and services positions it well to capitalise on this expanding demand.

Already education is showing signs of a turnaround. Despite the recent downturn, India remains Australia’s second largest source of foreign students, with 42,000 enrolments in the first half of 2014, second only to China with 118,000 enrolments.

And enrolments increased 20 percent over the first half of 2014 compared to the same period in 2013.

Growing industrial demand is also in prospect, which Australia should be able to cater for through exports of minerals and fuels, mining technologies and services, and energy investment opportunities.

Woodside chief Peter Coleman recently said his company hoped to become a major new supplier of LNG to India, alongside the Middle East and Russia.

Greater market access to these opportunities may also be on the cards if Prime Minister Tony Abbott and Trade Minister Andrew Robb get their way. Both visited India last month to sign and announce a variety of trade initiatives.

The Prime Minister reached a deal allowing the sale of Australian uranium to India.

Meanwhile, Mr Robb said the government would aim to conclude a free trade agreement by 2016.

If successful, this would follow FTAs recently agreed with South Korea and Japan and more recently with China.

Mr Robb has also announced a 300-strong business mission – Australia Business Week in India – to be staged in January next year.

The event aims to highlight opportunities in sectors like resources and energy, infrastructure, agribusiness, environmental management, health, tourism, and education.