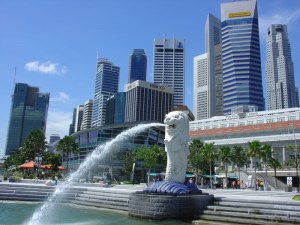 Minister for Trade and Investment Andrew Robb is confident a newly signed Comprehensive Strategic Partnership (CSP) between Australia and Singapore will lead to closer economic integration between the two countries.

Speaking on his return from a recent trip to Singapore, Mr Robb said the CSP – signed by Prime Minister Tony Abbott and his Singaporean counterpart Lee Hsien Loong – reaffirms both countries’ commitment to expanding free trade and increasing two-way investment.

“The long term objective of the CSP is to build closer economic ties similar to the relationship we currently share with New Zealand,” Mr Robb said.

During the visit Mr Robb led a high-level Australian business delegation to explore the trade and investment opportunities the CSP will help create in the region.

“The importance of these kinds of business delegations can’t be overstated.  For example, I brought a delegation to Singapore earlier this year for the aerospace industry, which has since led to one company securing a $250 million deal following the visit,” Mr Robb said.

While in Singapore Mr Robb joined Prime Minister Tony Abbott in hosting a Northern Australia Roundtable, bringing together some of Singapore’s top investors to learn more about the opportunities on offer in the north.

“With the economic revolution that’s going on throughout Asia, there is now a market for what we can produce in the north in a range of areas, from tropical health and medical research, to tourism, agriculture and aquaculture, Mr Robb said.

“But we need informed capital to make it happen. Singapore is a major financial centre and home to some of the largest sovereign wealth funds in the world; with trillions of dollars under management it makes sense for us to discuss the long-term stable returns that opportunities in Northern Australia can bring to investors.”

WA Premier Colin Barnett, Qld Premier Annastacia Palaszczuk and NT Chief Minister Adam Giles were also at the roundtable to discuss the opportunities in their respective states and territory.

In 2014 Singapore was Australia’s fifth-largest foreign investor with stock of $80 billion. Total investment from Singapore has grown at an annual average of 15.4 per cent over the past five years.