‘Beginning to export can be challenging, but there are massive opportunities for Australian firms’
Karen Andrews, Minister for Industry, Science and Technology read more
Our new e-magazine is OUT NOW. Click here to read.
REGISTER ADVERTISE
SUBSCRIBE TO OUR FREE NEWSLETTER
PUBLISHED | AUGUST 28, 2018
COMMENTS | NONE
Tweet 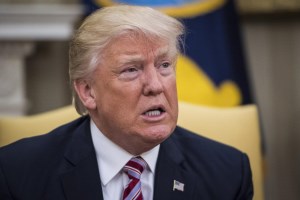 US President Donald Trump has reached agreement with Mexico for a new trade deal to replace the North American Free Trade Agreement (NAFTA).

The new trade accord, which the President is ready to sign, does not include Canada – America’s No 2 trading partner – at this stage.

Pena Nieto said he was “quite hopeful” Canada would soon be incorporated in the revised agreement, while Mr Trump remained non-committal.

The president made it clear he would drop the name NAFTA from the accord because of its unpopularity.

Mr Trump has frequently condemned the 24-year-old NAFTA trade pact as a job-killing "disaster" for the United States.

He hailed the Mexico agreement as “a big day for trade”.

The peso rose ahead of Trump’s remarks. US stocks also advanced, with auto suppliers and rail companies among the top gainers.

However, trade experts warn any new agreement is far from final.

Without Canada, it's unclear whether any new US trade agreement with Mexico will be possible.

The northern neighbour has been on the sidelines of the talks since July as Mexico and the US focused on settling differences.

In a statement, a spokesman for Canadian Foreign Minister Chrystia Freeland warned Canada’s signature is required before any trade deal is finalised.

“We will only sign a new NAFTA that is good for Canada and good for the middle class” and “we will continue to work toward a modernised NAFTA,” the spokesman said.

The three countries trade more than US$1 trillion annually, much of it under the pact.

Talks to overhaul the agreement began a year ago and have proved contentious, with US and Mexican negotiators working hard to narrow their differences.

The discussions have focused largely on cars. The US wanted to bring back auto manufacturing jobs that have gone to Mexico.

Canada has acknowledged that progress between Mexico and the United States is essential for any renewed NAFTA agreement to move forward.

And even if Canada agrees, any trade deal between the three countries still has to be ratified by respective governments.