‘UK wine exports are at their highest level in a decade’
Rachel Triggs, Wine Australia read more
Our new e-magazine is OUT NOW. Click here to read.
REGISTER ADVERTISE
SUBSCRIBE TO OUR FREE NEWSLETTER
PUBLISHED | JUNE 2, 2015
COMMENTS | NONE
Tweet 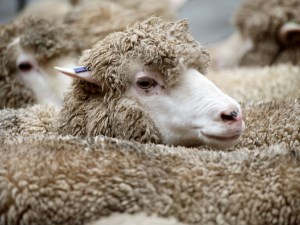 In a major breakthrough for livestock exporters, Australian producers can now sell sheep and goat embryos to Chile.

“New and improved international market access, including for the genetics export trade, is part of the government’s commitment to all producers,” Mr Joyce said.

“New health conditions for sheep and goat embryos were agreed between Australia and Chile in April 2015.

“As a direct result of this new market access, industry anticipates an increase in the export of sheep and goat embryos from the southern part of Australia, including Western Australia.

“For Australian producers, that means better market opportunities, stronger demand and ultimately a better return at the farmgate.”

“Genetic exports to Chile were identified as a priority by the Ruminant Genetics Trade Advisory Group,” he said.

“The ruminant genetics industry has welcomed the completion of these export negotiations that have resulted in new export opportunities.”

The new health conditions for genetic exports to Chile follow improved market access for bovine genetic material to the US achieved in August last year under an agreement that removed costly and unnecessary bovine tuberculosis testing.