‘UK wine exports are at their highest level in a decade’
Rachel Triggs, Wine Australia read more
Our new e-magazine is OUT NOW. Click here to read.
REGISTER ADVERTISE
SUBSCRIBE TO OUR FREE NEWSLETTER
PUBLISHED | APRIL 3, 2018
COMMENTS | NONE
Tweet 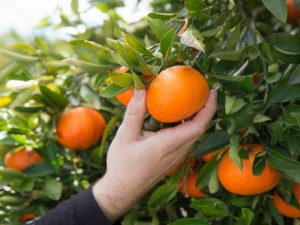 The fifth round of tariff cuts under the Japan-Australia Economic Partnership Agreement (JAEPA) have come into effect, delivering more opportunities for Australian exporters.

JAEPA is the most liberalising trade agreement Japan has ever negotiated and implemented. Once fully implemented, about 98 per cent of Australia’s merchandise exports to Japan will receive preferential access or enter duty-free.

Exports that received further tariff cuts on April 1 include:

“Almost 96 per cent of eligible products exported to Japan made use of JAEPA’s preferential access in 2017,” he said.

“JAEPA is also helping grow bilateral services exports and investment. Services exports to Japan in 2016-17 were worth $2.5 billion, a rise of almost nine per cent over the previous year.”

Mr Ciobo said the recently signed TPP-11 would build on these outcomes.

They would also enhance opportunities for Australian businesses to grow in Japan, thanks to accelerated tariff reductions secured for beef, grains, seafood and dairy.

More information on the JAEPA tariff cuts is available on the FTA Portal: ftaportal.dfat.gov.au