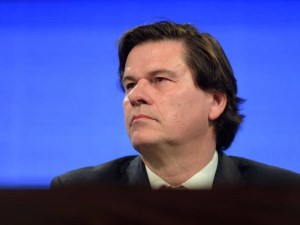 An alliance of industry associations from eight countries are urging the UK Government to pursue a deal with the European Union before the exit deadline on October 31.

In a joint statement the business group alliance expressed concerned about the negative economic and social consequences of a no-deal Brexit.

“When Australian companies made strategic decisions to invest in the UK, they were based on laws and regulations that gave them access to the EU market,” said Ai Group Chief Executive, Innes Willox at the launch of the no-deal Brexit push yesterday.

“A no-deal Brexit will cause significant disruption to supply channels between the UK and the EU and businesses are concerned about the impact this will have on their local operations, their staff, and their customers,” he said.

Critical to companies with investments in the UK

Mr Willox said the role of the UK as a channel into Europe means that a well-executed Brexit is critical to Australian companies with investments in the UK.

“With the UK itself only making up 16% of the current EU market, an orderly Brexit is more important than a Free Trade Agreement between Australia and the UK,” he said.

“Our common heritage and the UK’s proximity and integration with the EU has meant that many Australian companies have used the UK as their EU base.

“The prospect of further uncertainty over the terms of the departure of the UK from the EU will push many Australian companies to reconsider the suitability of the UK for that role.”

The full text of the Brexit statement is available here