‘Beginning to export can be challenging, but there are massive opportunities for Australian firms’
Karen Andrews, Minister for Industry, Science and Technology read more
Our new e-magazine is OUT NOW. Click here to read.
REGISTER ADVERTISE
SUBSCRIBE TO OUR FREE NEWSLETTER
PUBLISHED | APRIL 8, 2014
COMMENTS | NONE
Tweet 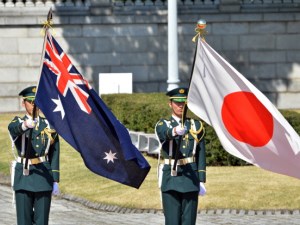 The Japan-Australia Economic Partnership Agreement (JAEPA) announced yesterday will add billions of dollars to Australia’s economic growth over the next 20 years.

The historic agreement delivers a significant boost to Australian exporters and producers who were previously locked out of the impenetrable Japanese domestic market.

The new deal will substantially free up exports of Australian beef, dairy, wine, sugar, horticulture and a range of services.

In a joint statement, Prime Minister Tony Abbott and Minister for Trade and Investment Minister Andrew Robb said the agreement with our second largest trading partner “is good for the Australian economy, good for jobs, good for farmers and good for consumers.”

Tony Abbott announced the outcome with his Japanese Prime Minister Shinzo Abe in Tokyo, hailing it as a gain for both countries. The agreement is expected to be signed when Mr Abe visits Australia in June.

The deal is the culmination of negotiations that started in 2007 under former Prime Minister John Howard.

Speaking at a joint news conference with Abe, Abbott said the FTA could be as historic as the agreement that Abe’s grandfather negotiated with Australian Prime Minister Robert Menzies in the 1950s.

Mr Abbott said the new agreement is the first time Japan has negotiated a comprehensive economic partnership agreement, or FTA, with a major economy – particularly one with a strong agricultural sector.

Japanese determination to protect its farmers has been a major stumbling block to earlier finalisation of the FTA.

The breakthrough follows the successful conclusion of a Free Trade Agreement with Korea, to be formally signed in Seoul this week.

Mr Abbott will also progress negotiations on an FTA with China when he visits Beijing later this week.

“This will give Australia a head start over our competitors in this market,” Prime Minister Tony Abbott said.

JAEPA represents a major windfall for Australian beef – our biggest agricultural export to Japan, currently worth $1.4 billion.  This includes a halving of the tariff on frozen beef from 38.5 per cent to 19.5 per cent, with deep cuts in the first year.

The tariffs on canned products such as tomatoes, peaches and pears, as well as fruit and vegetable juices, will also be eliminated.

In beef alone, which is currently worth $1.4 billion in Japanese exports, industry experts say the benefit of a virtual halving of the previously immovable 38.5 per cent Japanese import tariff, will see the industry grow by $2.8 billion in the next two decades, measured in current dollars.

The tariff on frozen beef will be halved, from 38.5% to 19.5%, with deep cuts in the first year. The full fall is to take place within 18 years, while a fall to 23.5 % for chilled beef is to be achieved within 15 years. There will be limits on how much beef can be imported into Japan. 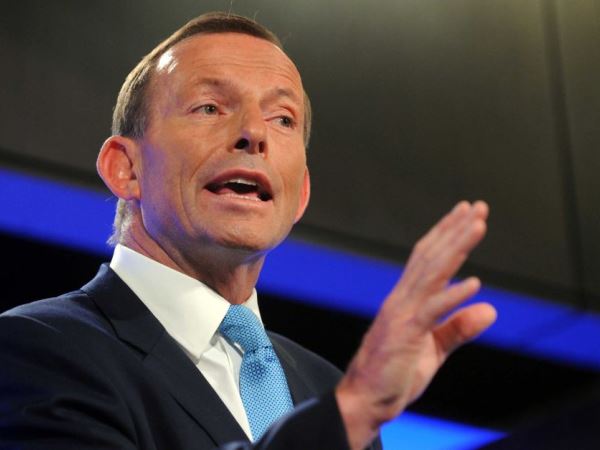 Consumers will be major beneficiaries

In dairy, where the Japanese have long maintained import quotas above which high import duties attach, Australia has been granted its own category effectively, taking its duty-free quota to 47,000 tonnes a year up from the current 27,000.

Cheese, Australia’s largest dairy export to Japan and worth $372 million, would gain significant new duty free access. Tariffs would be eliminated on various fruit, vegetables and nuts. So would the tariffs on canned products, such as tomatoes, peaches and pears and fruit and vegetable juices.

Australian consumers will also be major beneficiaries of this Agreement, with tariffs eliminated on imported cars from Japan, as well as on household appliances and electronics. Australian services providers will also gain significant new access to the Japanese market across areas such as financial, education, telecommunications and legal services.

Mr Robb, who handled the bulk of negotiations with his Japanese counterpart, Minister Yoshimasa Hayashi, said he was honoured to be part of the agreement.

With a population of 127 million people and extremely limited natural resources, Japan has always been regarded as a jewel in the crown for Australia as its economy has been so protected.

New opportunities in Indonesia for training and education programs
How Australian exporters can now partner with Indonesian startups
Services exports set to soar in next five years, new report finds
Why Europe should be on the radar of Aussie exporters
NSW Government backs exporters to go global
more news
ADVERTISE WITH US