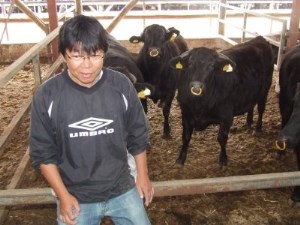 Japan has re-opened its doors to live cattle imports from Australia following a health scare earlier this year which resulted in a suspension of trade.

Australia’s live cattle trade to Japan, worth more than $14 million a year to farmers, will resume immediately.

In a statement today Agriculture Minister Barnaby Joyce said Japan and Australia had worked together to reach an agreement on improved export certification processes for all cattle consignments.

“Our trade in beef and dairy cows to Japan can begin immediately,” Mr Joyce said.

“To re-open markets in such a short time is a testament to the close trade relationship Australia enjoys with Japan.”

The ban came after a consignment of 300 of Holstein heifers was sent from Victoria in May.

Some animals in the consignment allegedly tested positive to Bovine Johne’s disease while in quarantine.

Johne's disease is relatively rare in Australia. It is caused by bacteria and leads to diarrhoea, tissue wastage and eventual death.

“The favourable health status of Australian livestock, our stringent biosecurity system and global expertise in live cattle exports mean that we have been able to quickly and effectively address all concerns raised by Japan,” Mr Joyce said.

“The strength of Australia’s biosecurity is one of many reasons that we have such strong international demand for Australian livestock.

“That’s good news for our exporters, who can once again begin preparing consignments for this significant market.”

The live export industry contributed $1.9 billion to the Australian economy in 2015-16 and employs more than 10,000 people. Japan is the ninth-largest market for Australian cattle exports.