‘UK wine exports are at their highest level in a decade’
Rachel Triggs, Wine Australia read more
Our new e-magazine is OUT NOW. Click here to read.
REGISTER ADVERTISE
SUBSCRIBE TO OUR FREE NEWSLETTER
PUBLISHED | APRIL 5, 2016
COMMENTS | NONE
Tweet

Japan gets an appetite for Aussie lamb 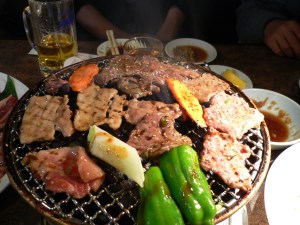 Japanese consumers are not normally known for their love of sheep meat products.

But a growing number of Japanese have been adding lamb to the shopping list as consumers get a taste for barbecued meat.

Japan is the world's biggest importer of red meat (by value).

But these figures are set to rise significantly in the wake of Japan’s new taste trends.

Meat and Livestock Australia's international business manager in Japan, Andrew Cox, said MLA had seized the initiative to promote the "let's barbie" theme during the hot Japanese summer, advocating lighter grilling meat cuts rather than grain-fed beef which has long been a staple of Australian exports to the market.

"Cooking steaks and grilling lamb on the barbie with friends and family is something we can see gaining much more momentum," Mr Cox told Farm Weekly recently.

Mr Cox said the market growth potential should not be underestimated, particularly in vibrant metropolitan economies like Tokyo.

"Tokyo has a very creative and enthusiastic food scene and as a stand-alone economy its wealth is equivalent to the UK," he said.

Among the Japanese eating trends gaining popularity has been the Genghis Khan restaurant scene, where sheepmeat is an important part of the menu.

Australia's best export destination for lamb is the northernmost island of Hokkaido, which takes about 80 per cent of our exports.

It originally gained a taste for sheepmeat after the Second World War when sheep were imported to help the agricultural region feed a protein-hungry local population.