‘UK wine exports are at their highest level in a decade’
Rachel Triggs, Wine Australia read more
Our new e-magazine is OUT NOW. Click here to read.
REGISTER ADVERTISE
SUBSCRIBE TO OUR FREE NEWSLETTER
PUBLISHED | NOVEMBER 23, 2015
COMMENTS | NONE
Tweet 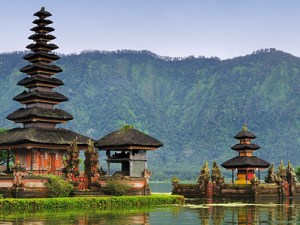 Indonesia, with a population of more than 255 million people, has been largely overlooked by Australia when it comes to exports, says Trade Minister Andrew Robb.

Instead, Australia has concentrated on building trade with the major North Asian economies.

In a keynote address at the Indonesia-Australia Business Council Conference in Yogyakarta last week, Mr Robb said the bilateral relationship between Australia and Indonesia had not reached anywhere near its potential.

“In some ways I do feel as though we've been looking past one another for the last 10 or 15 years,” Mr Robb said.

“Indonesia currently ranks as our 12th largest trading partner; around $15 billion two-way trade, and two-way investment is a fraction of what it could be at just under $10 billion.”

Mr Robb said like Australia, Indonesia has been looking north for trade and investment partners.

“Until now, we've both been largely commodity exporting economies, working somewhat in parallel with the same customers,” Mr Robb told the Conference.

“But things are changing – things have changed.

“Today we are seeing unprecedented developments emerging in the region around us and they’re not a flash in the pan … this is an economic phenomenon which is taking place through India, through China and every country in between, including both of ours.”

Mr Robb said both countries need to look smarter at what the opportunities are in order to capitalise and to help the rest of the region realise its potential.

“When you look logically at it, we are geographically – you could almost throw a stone across the water from Australia to Indonesia – very close neighbours, and I don't think that's going to change.

“From the point of view of both of our futures, we have to make a relationship as it should, work; we get on as people, we have lots of values that are similar, there are lots of opportunities and it's really quite compelling that we work at it.

“This is the largest economy in the ASEAN. There’s potential for as much as $3 trillion in trade growth over the next decade across the Asia Pacific, and this is one third of the trade in the Asia Pacific, said Mr Robb.

“So the opportunities are here and it’s really about trying to free-up those opportunities in order to take advantage of the 250 million people, of whom more than 50 per cent are under 30 and tech savvy.”

Mr Robb said the future is built on a platform of digital technology.

To have such a significant number of young people in Indonesia who are tech savvy, offers unparalleled opportunities.

“This is a big statement and tells everyone here as well as the rest of the world, where the government is trying to take things,” said Mr Robb.

Mr Robb told the conference he is confident the Regional Comprehensive Economic Partnership – a mirror of TPP – on the other side of Asia with India and China could be completed this year.

“That's a significant priority – if we can do that we can then start to try and bring TPP and RCEP together,” he said.

“And I think by 2025 there will be one region across the Asia Pacific, which has a free trade area across the whole region.”

That would mean one set of rules around country of origin and paperless trading, which would significantly cut red tape.

Mr Robb said if Indonesia and Australia combined its strengths they would both become better countries.

“We’ve got lots of skills in Australia and we’re trying to diversify investment into those areas.

“Australia and Indonesia can help one another in that respect.

Though Australia is best known for its resources, energy and agriculture, 75 per cent of its GDP is services.

“We export just 17 per cent of our services – that’s the next wave of opportunity for us,” he said.

“We can export our services into the region, and those services help those economies, including Indonesia – we can combine with your strengths.

Mr Robb said education is another big opportunity throughout the whole region.

“Again, we can work in tandem on these things,” he said.

Mr Robb said some parts of Australia are much closer to Indonesia than it is to the rest of Australia, so there is no geographical problem.

If Australia and Indonesia works together to bring these opportunities to fruition, the next 30 years will be “absolutely spectacular,” he said.

“I do feel there’s an inevitability about our two countries becoming a machine almost, and a major contributor in a joint fashion, to the realisation of prosperity throughout much of our region.”

IABW aims to promote Australia as a trade, investment, education and tourism destination through high-level political and commercial exchange.

Mr Robb says there are currently less than 250 Australian businesses with a presence in Indonesia and he hopes to see a dramatic increase in these numbers.

“We are putting a lot of work into encouraging more Australian businesses to establish a presence in Indonesia, which will help build linkages, mutual interests and trust between our countries.

“Indonesia–Australia Business Week is an opportunity to build the relationships needed to sustain and grow our business links, and to explore ways to tap into the rapidly growing market of more than 250 million people right on our doorstep, which includes a rising middle class.”