‘UK wine exports are at their highest level in a decade’
Rachel Triggs, Wine Australia read more
Our new e-magazine is OUT NOW. Click here to read.
REGISTER ADVERTISE
SUBSCRIBE TO OUR FREE NEWSLETTER
PUBLISHED | NOVEMBER 27, 2014
COMMENTS | NONE
Tweet 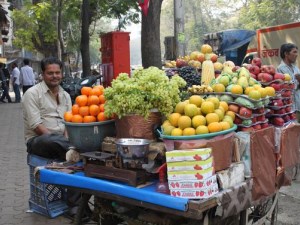 The real value of agrifood demand in India is set to rise by 136 per cent by 2050, according to a new report.

“This report assesses future trends in Indian food consumption, production and trade in one of the fastest growing economies in the world,” Ms Schneider said.

“Increasing income levels in India have led to a diversification of diets, with rising per person consumption of dairy products, fruit and vegetables.

“Combined with a population growth rate that is one of the highest in Asia, that means food demand will increase significantly.”

Under current agricultural policies in India, consumption growth between 2009 and 2050 is strongest for fruit (246 per cent), vegetables (183 per cent) and dairy products (137 per cent), which together account for 77 per cent of the total projected rise in food consumption by 2050.

“While the demand for food has largely been met by domestically produced products to date, food imports have also risen. For many commodities imports will continue to rise over the coming decades,” Ms Schneider said.

India's growth in agrifood imports toward 2050 is predominantly driven by vegetables, which are projected to reach US$47 billion by 2050.

“Fruit imports are projected to reach US$58 billion by 2050, with dairy products at US$13 billion and wheat US$15 billion also expected to rise significantly.”

AUSVEG, a leading horticultural body representing 9000 Australian vegetable growers says while the report’s projections provide an excellent outlook for the industry, but better terms of trade are required if Australia is to capitalise on the demand.

“The Australian vegetable industry is looking to expand its export markets, and these projections show that there is a tangible opportunity for Australian growers to capitalise on the growing export market to India,” said AUSVEG spokesperson Andrew White.

“Counter-seasonal supply, as well as the need for inputs to India’s expanding food processing sector, provide valuable chances for Australian growers to increase their export markets.

“I was privileged to meet with Prime Minister Modi on his recent Australian visit and we both agree that the true potential of the relationship between our two countries has not been realised,” Mr Joyce said.

“India has been one of the world's fastest growing economies over the past 20 years, in part reflecting an increase in the openness of their economy to global markets.”

Mr Joyce said Australian agriculture has an unparalleled reputation as a reliable supplier of premium quality produce across the world.

“There are very clear opportunities for our farmers to establish Australia as a serious competitor in these markets, with benefits that will flow back to the farmgate for many years to come,” he said.

“We will be working very closely with India to develop a genuine trading partnership that works to the benefit of both countries in the future.”

The full report is available on the ABARES website: agriculture.gov.au/abares/publications.