"Australia is running a trade marathon with its shoelaces tied across its feet"
Peter Kosmina (Trade Window) read more
Our new e-magazine is OUT NOW. Click here to read.
REGISTER ADVERTISE
SUBSCRIBE TO OUR FREE NEWSLETTER
PUBLISHED | APRIL 28, 2022
COMMENTS | NONE
Tweet

India trade deal a big win for the middle market 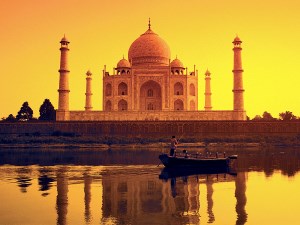 The deal, which was 10 years in the making, will give Australian businesses unprecedented access to one of the world’s fastest-growing economies.

Under the Australia-India Economic Cooperation and Trade Agreement (AI-ECTA), duties will be slashed on more than 85 per cent of exports to India, while 96 per cent of Indian goods will enter Australia duty-free.

What does the deal mean for middle market businesses?

The biggest benefit from the start of an important new phase in Australia’s relationship with one of its most significant trading partners will be more diverse export opportunities.

Two-way trade between Australia and India was worth $24.3 billion in 2020, with the new trade agreement having the potential to provide $14.8 billion in additional annual export revenue.

Major new export opportunities will not only be of particular benefit to the agricultural sector, but also the country’s services economy.

For other products such as wine, nuts and fruit, the tariffs will slowly phase out over the next seven years.

Agricultural exporters will be particularly relieved to have a new avenue to market, with Australia’s trade relationship with China having been significantly strained in recent years, forcing many to export through New Zealand to avoid heavy tariffs.

Middle market businesses are perfectly poised to take action to benefit from AI-ECTA, after having been relatively stable throughout the pandemic as compared to small businesses and large corporates.

The sector is faster to adapt to change, having more resources than SME counterparts but not having to face the same bureaucratic processes that stifle change management within larger companies.

To capitalise on this opportunity, middle market businesses can consider adapting their import/export partnerships and explore their viability of trade with India or expand on existing connections if they have them.

Prior to the pandemic, Australia’s economic growth was largely driven by population growth.

But now with growth at a standstill and unemployment at a 50-year low, the country finds itself in a skills shortage.

While much of the AI-ECTA conversation is focused on its impact on import and export products, Australia is very much a service-driven economy and the agreement arrives at a moment of significant talent shortages, which are constraining Australian industries, including professional services, education, and engineering.

Under terms of the new deal, services suppliers across more than 30 sectors will be assured to receive the best treatment by India in relation to any other trade deal India enters into.

In the past, education had been one of Australia’s biggest exports into India, and this new partnership presents an opportunity to rekindle the lucrative exchange of education services as well as create labour solutions.

For middle market businesses, this presents an opportunity to acquire new highly skilled talent ahead of other sectors, again thanks to comparative resources and more agile business processes than small business and larger corporations respectively.

The first steps toward a comprehensive free trade agreement, both countries have indicated interest in accelerating the process, eager to advance negotiations regardless of the outcome of upcoming elections.