‘UK wine exports are at their highest level in a decade’
Rachel Triggs, Wine Australia read more
Our new e-magazine is OUT NOW. Click here to read.
REGISTER ADVERTISE
SUBSCRIBE TO OUR FREE NEWSLETTER
PUBLISHED | APRIL 13, 2019
COMMENTS | NONE
Tweet 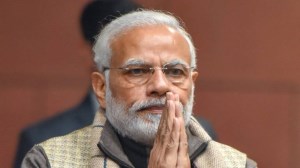 When Narendra Modi ran for Prime Minister in 2014, he pledged to boost the competitiveness of India’s industrial sector to promote growth.

Modi is running for president again in India’s general elections between April 11 and  May 19.

The economy is in a better position than it was in 2014, but many of the structural fragilities that Modi inherited continue to afflict India today, says Coface, a global leader in risk management.

A mixed track record in terms of economic reforms has dampened enthusiasm for Modi in India, says Coface.

The Government of India implemented the Insolvency and Bankruptcy Code (IBC) in 2016 to consolidate all insolvency and bankruptcy laws and to tackle Non-Performing Assets (NPA) on bank balance sheets.

While about 12,000 cases have been filed since the introduction of the new law, resource shortages at the National Company Law Tribunal (NCLT) have resulted in significant delays, and it still takes an average of 4.3 years to resolve insolvency.

In 2016, Modi proposed a demonetisation drive to tackle illicit money flows and tax evasion afflicting the Indian economy and resulting in lower tax revenues to support the country’s burgeoning population. The move left cash-dependent sectors exposed to tighter liquidity leading to weaker demand and dragging on the formal economy. It was also implemented too abruptly causing investors to panic and triggering capital outflows.

Tax reform is ‘far from perfect’

A goods and services tax (GST) was introduced in 2017 to boost government revenues but, due to its co-existence with the demonetisation drive, it resulted in a one-off negative impact on domestic consumption instead.

While the tax reform is a landmark, it is far from perfect: the GST remains quite complex with different taxes for different categories of goods and many important products, such as oil, are not included in the scheme to date.

These economic reforms resulted in India’s GDP growth dropping to 6.5% in 2017, which is the lowest since 2012.

In hindsight, while the rationale for the demonetisation drive and the introduction of the GST were sound in the medium-term, their implementation was hasty and created short-term uncertainties, Coface says.

And tighter liquidity and corruption issues continue to afflict India’s economy with consequences for both domestic and foreign investors as well as Modi’s track record.

The Bharatiya Janata Party (BJP) suffered setbacks in 2018; although the BJP still governs 18 of the 29 Indian states, it lost support during the 2018 state elections (Vidhan Sabhas) which is not encouraging for the 2019 election.

This would require Modi to make ideological and economic compromises.

While this is welcome, a divided Lok Sabha could slow India’s reform process, Coface predicts.

“The incoming administration will have to focus on cleaning up the banking sector and boosting employment to absorb India’s burgeoning workforce.”

Last year 11 million jobs were lost in India – 83% of which were in rural areas.

This was despite Modi’s 2014 pledge to promote inclusive growth.

For India to be able to support its growing workforce, it requires a growth rate above 8%.

Achieving this, while simultaneously promoting macroeconomic stability, will prove challenging in the context of mounting political headwinds.

“This is up from the anaemic 3.5% recorded in 2017 but a far cry from India’s potential growth and below that of other regional peers, such as China,” Casanova said.

“FDI is necessary for India to be able to develop an adequate level of basic infrastructure.

“Large supply bottlenecks continue to hobble India’s infrastructure investments, and these can have a major multiplier impact on economic activity over the medium to long-term, which should, in turn, facilitate more inflows into the manufacturing sector.”