"Australia is running a trade marathon with its shoelaces tied across its feet"
Peter Kosmina (Trade Window) read more
Our new e-magazine is OUT NOW. Click here to read.
REGISTER ADVERTISE
SUBSCRIBE TO OUR FREE NEWSLETTER
PUBLISHED | FEBRUARY 2, 2019
COMMENTS | NONE
Tweet

How arts and cultural exchanges may boost trade with China 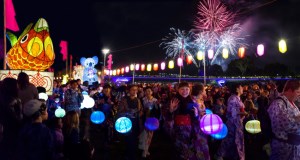 A decade-long study of arts and cultural exchange activities between Australia and China will be tabled at an international symposium in Adelaide, South Australia in February.

The Australia-China Arts and Cultural Exchange Report, a collaborative project between researchers from the University of South Australia and Beijing Normal University, examines exchanges between Australia and China from 2007-2017 and could help strengthen business relations between the two nations.

The bilingual report will be tabled to senior arts and cultural leaders during the Australia-China Arts and Cultural Symposium at the Adelaide Festival Centre on February 10.

“The report findings will help us to map out the development of cultural exchange, to improve it and make it more systematic,” said Gautier.

“It will give cultural leaders a better handle on what the opportunities are and what the boundaries are to expanding cultural exchange between China and Australia.

The University of South Australia’s Head of School of Management Professor Ruth Rentschler and Director of the Australian Centre for Asian Business Professor Ying Zhu led a team of authors to compile the report, which was funded by grants from the Australian Department of Communications and the Arts and the Adelaide Festival Centre.

At a time when many countries have strained relationships with China, Prof Rentschler said the findings will help develop strategies to boost opportunities in trade, tourism and education with Australia’s most central trading partner.

“This report launch will provide the latest insights from the study to support Australia in its relations with China for business success by using arts as the medium.”

The symposium, held during Chinese New Year, will discuss how the study’s findings can be used to create a blueprint for Australia-China cultural exchange in the future.

“The Australia-China Arts and Cultural Symposium will further our understanding of arts and cultural exchange and cooperation between China and Australia,” said Minister-Counselor for Cultural Affairs at the Australian Embassy of P.R. China Mr Yang Zhi.

The release of the report follows the Australia-China Cultural Dialogue in 2016 that focused on strategies to promote cultural exchange.

“There is a great deal of curiosity and growing opportunity in South Australia.”

“We were proud to host the dialogue in 2016 and we look forward to welcoming senior arts and cultural leaders to Adelaide Festival Centre again to share important insight on developing relationships across the region,” said Gautier.

Lizzy Rogers is a writer with The Lead, South Australia