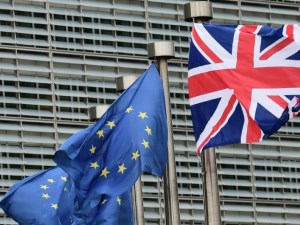 Britain’s decision to leave the European Union has opened a fundamental crack in the western world.

Given Australia’s strong and enduring ties with the UK and the EU, the shockwaves from this epoch-defining event will be felt in Australia soon enough.

What will happen to trade ties?

The importance of Australia’s relationship with the EU tends to get under-reported in all the excitement about China. We might ascribe such a view to an Australian gold rush mentality. Nevertheless, Australia’s trading ties to the EU are deep and strong.

Such ties looked set to get stronger. In November 2015 an agreement to begin negotiations in 2017 on a free-trade deal was announced at the G20 summit in Turkey.

When considered as a bloc, the EU consistently shows up as one of Australia’s main trading partners.

Consider the statistics below:

You get the picture.

The UK was Australia’s eighth-largest export market for 2014; it represented 37.4% of Australia’s total exports to the EU.

As Austrade noted: “No other EU country featured in Australia’s top 15 export markets.”

In short, the EU is not as attractive to Australia without Britain in it.

But the Australia-EU-UK relationship cannot be reduced to numbers alone. It also rests on values shared between like-minded powers.

Brexit represents the further fracturing of the West at a moment when that already weakening political identity is in relative decline compared to other regions of the world, notably Asia (or more specifically China).

EU-Australia relations rest on shared concerns such as the fight against terrorism advanced through police collaboration and the sharing of passenger name records.

The EU and Australia also collaborated to mitigate climate change at the Paris climate summit. And they work for further trade liberalisation in the World Trade Organisation – but don’t mention agriculture.

Without the UK, these shared political tasks become harder.

Clearly, Australia-UK relations rest on a special historical relationship. However, it has seen efforts at reinvigoration, as British governments buckled under the pressure of the Eurosceptics among the Conservatives.

Beyond everyday trade, historical links have been reinforced through the centenary of the first world war and the UK-Australia commemorative diplomacy that has come with this four-year-long event.

Cultural ties are most regularly and publicly affirmed through sporting rivalries such as netball, rugby and most notably cricket. Expect these ties to be reinforced as the UK seeks trade agreements and political support from its “traditional allies”.

For those with British passports, there will be a two-year period of grace as the UK negotiates its exit. After that, it will be quicker to get into the UK at Heathrow, but this might be small consolation for the loss of a major point of access to the EU.

The vote to leave is a major turning point in Europe’s history. It marks a significant crack in a unified concept of “the West”. It is not in Australia’s interests.

It’s time for Australia to make new friends in Europe.

This story was first published in The Conversation