'USMCA is the most important deal we've ever made by far’
US President Donald Trump read more
Our new e-magazine is OUT NOW. Click here to read.
REGISTER ADVERTISE
SUBSCRIBE TO OUR FREE NEWSLETTER
PUBLISHED | OCTOBER 8, 2018
COMMENTS | NONE
Tweet 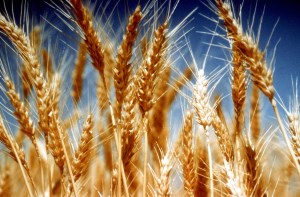 Agriculture has traditionally been a major contributor to the Australian economy.

And according to the Australian Bureau of Agricultural and Resource Economics and Sciences (ABARES), farmers provide 93% of the domestic food supply. They also support an export market valued at more than $45 billion a year – about 15% of total export revenue.

By value, ABARES figures show the major commodities exported are grains and oilseeds (29.8%).

Agracom is an Australian company at the forefront of grain exports to Asia.

Established in 1981, it is now one of the most substantial grain marketing and commodity trading businesses in eastern Australia.

Located in the fertile Liverpool Plains of northern NSW the privately-owned company exports Australian origin wheat and other grains in containers to several destinations in Asia.

Since deregulation of the Australian grain industry, Agracom’s export business has expanded significantly and now represents about 50% of the company’s operations.

From its regional headquarters in Quirindi, and offices in Gunnedah and Melbourne, Agracom services growers and domestic customers throughout NSW, Queensland and Victoria.

For nearly a decade, the company’s export documentation was processed manually.

“This was a time-consuming process and very labour intensive with a high risk of errors,” says Gordon McNeil, a Commodity Trader in Agracom’s export division.

About 18 months ago the company turned to a new Cloud-based solution to help streamline the documentation process.

Using software developed by Australian-owned company ImpexDocs they now generate all the necessary documents required in a typical export shipment in a Standard UN layout format.

All documents can be prepared and accessed over the internet. There is no software to install and the program works on all popular internet browsers.

Agracom exports up to 150,000 tonnes of grain each year to destinations including China, Indonesia, Philippines, Malaysia, Singapore, Vietnam, Thailand and Taiwan.

“Each country has different permits and regulatory approvals,” says McNeil.

“With ImpexDocs we have been able to improve our labour efficiency by nearly 50 percent,” McNeil says.

“It’s also given us better traceability,” he says. “Previously, I had limited visibility on the exact status of the export documentation process.

“But with the new cloud-based system I can log on anywhere and see exactly where the export documentation process is at any time.”

All the information is now uploaded to the Cloud which has simplified the process, resulting in significant time and cost savings.

“It’s an ideal program for a business of our size,” says McNeil. It doesn’t duplicate any other internal business systems we have in place. It’s very specific – it does all our export documentation from start to finish – and it’s very secure.

“It’s a perfect fit for what we are doing.

For more information or to arrange a FREE trial visit: www.impexdocs.com.au