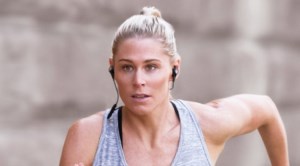 Startup BioConnected has taken out the inaugural Austrade Going Global Award, a partnership with the Queensland Government to recognise outstanding potential in sports tech start-ups.

BioConnected is launching the world’s first biosensing earphones, which measure the heart rate and its variability as a fitness metric.

The Going Global Award was held in conjunction with the Commonwealth Games on the Queensland Gold Coast.

A field of 12 contestants, all current participants in the University of Queensland’s HYPE Sports Innovation accelerator program, took part in the event at Commonwealth Games House.

Each contestant delivered a five-minute pitch outlining their business model to a panel of industry judges.

BioConnected will receive a place at one of the Federal Government’s five Landing Pads for startups. The hubs are located in San Francisco, Berlin, Tel Aviv, Shanghai and Singapore.

Plans to expand around the world

BioConnected’s Chief Intelligence Officer Sven Rees was pleased with the recognition, saying devices which are currently on the wrist are largely providing inaccurate data.

“It’s not a wearable - it’s a hearable, it’s the evolution of wearables and it’s about moving the smarts to the ear so we can connect to the person a bit better, and we get better accuracy,” said Mr Rees.

“There’s no real insight for the person to change the behaviour of what they’re doing, the ear is one of the best spots of the body to take these measurements, he said.

“We’ve launched in Australia and want to expand around the world, we are basically exporting Australian sports science to around the world and there’s a demand for it – we tested demand before we built the product.

“It’s just taking the time now to develop it and bring it to market.”

Trade Minister Steven Ciobo said the depth of talent on display showed why Australia was emerging as a leader in the global sport tech industry.

“Australia has a proud sporting history, and the passion behind that, combined with a strong culture of innovation, has produced a sports technology industry with global appeal,” he said.

“I congratulate BioConnected and wish the company a very productive Landing Pad residency.”

The Government’s Landing Pads have supported over 100 startups and scaleups with their global expansion plans so far.

The Landing Pads give access to potential customers, partners and investors, provide business advice and expose Australian startups to the latest industry trends.

“With the eyes of the world on Queensland for the Commonwealth Games there’s no better time to launch the inaugural Hype UQ Spin Lab,” she said.

“The Palaszczuk Government is supporting the University of Queensland to deliver this program over the next three years through our $518 million Advance Queensland initiative to diversify Queensland’s economy, create the jobs of the future and build Queensland’s reputation as a global innovation and investment destination.”

The Hype Sports Innovation Global Pitch Event was also an opportunity for participants to present their ideas to global investors in the audience, as well as compete for a separate cash prize offered by the University of Queensland, won by Arival.