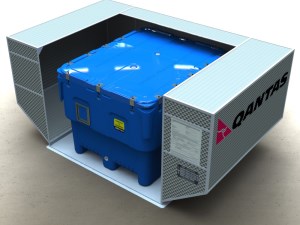 FishPac, the world’s only approved oxygen-sustained live seafood airfreight transport system, has been given approval to send shipments to Thailand.

“With this approval in place, FishPac is now able to offer opportunities and increased profit margins to all Thailand importers and exporters of live aquatic animals,” said FishPac Managing Director John Curtain.

To date, the FishPac system has shipped close to 300,000 bins of live seafood around the world, with an estimated value close to US$8 billion.

“Most importantly, out of this USD$8 billion, we believe around USD$1 billion of live seafood has been saved by FishPac due to the significantly reduced mortality rates, said Mr Curtain.

The FishPac system is removing thousands of tonnes of poly styrene boxes from circulation.

“FishPac continue to work with the World Wildlife Foundation and other environmental groups who are not only seriously concerned about fishing sustainability, but also climate change and the affect that products like poly styrene have on the environment,” said Mr Curtain.  “Working on a traditional 6kg of fish per styrene box, FishPac has been directly responsible for eradicating 17.5 million styrene boxes from being used.

“This, combined with significant mortality reductions, which aids sustainability by reducing over fishing, is a core aspect of the FishPac business model, and something we are looking forward to introducing to Thailand in the very near future.”

FishPac is 100% Australian owned by FloatPac Pty Ltd and specialises in the manufacture of equipment used in the transport of live fish and other seafood via air, road and rail freight.

The FishPac™ system operates by sustaining live seafood with oxygen. The oxygen flows from an approved air/oxygen cylinder through the FishPac™ regulator (which has a worldwide patent) and is dispersed in StackPacTM via a ceramic diffuser.

FishPac works with both seafood exporting companies and airlines around the world looking at transporting live fish via air, road or rail freight using our innovative system.

FishPac bins are available for purchase, whilst the patented FishPac two stage oxygen regulator is available for lease only, due to IATA transport regulations.