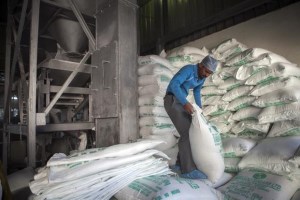 The federal government, together with Brazil, has launched formal dispute action in the World Trade Organization (WTO) on India’s continuing sugar subsidies.

The government will argue that the subsidies are depressing world prices and impacting on Australia’s highly productive and globally competitive sugar industry.

“The Liberal-National Government continues to stand side-by-side with our sugar industry on this matter,” Senator Birmingham said.

“This glut is hurting Australia’s canegrowers and millers, and is threatening our $1.8 billion sugar export industry by dragging down prices to unsustainable lows.

“While Australia respects the rights of WTO members to support their farmers and agricultural industries, this support must be consistent with WTO rules and provide a level playing field.”

Numerous representations at the highest levels

Senator Birmingham says Australia always seeks to resolve its concerns outside of the WTO’s dispute system.

“Our numerous representations to India at the highest levels and in the WTO have been consistent with this approach, he said.

“Unfortunately, our representations, and those of other sugar exporting countries, have so far been unsuccessful.  This has left us with no other choice but to initiate formal WTO dispute action, together with Brazil.”

“It is perfectly normal for even close friends and partners to avail themselves of WTO mechanisms from time-to-time to resolve trade issues.”

Agriculture Minister David Littleproud and Assistant Trade Minister Mark Coulton and Senator Birmingham acknowledged the work of the Canegrowers and the Australian Sugar Milling Council in preparing the WTO action.

“Our industry relies heavily on exports, sending roughly 85 per cent of its raw sugar into the world market,” Mr Littleproud said.

“These subsidies are hitting our farmers and millers, and I’m pleased we’re exercising our WTO rights and asking for an even playing field.”

Mr Coulton said the sugar industry made a great contribution to jobs and the economy in regional Australia and the Government would continue to stand up for these communities.

“This action being taken by the Government demonstrates our commitment to protecting the interests of our hard-working canegrowers and sugar millers, and to the rules-based international trading system that underpins the viability of our vital export industries,” he said.