‘Beginning to export can be challenging, but there are massive opportunities for Australian firms’
Karen Andrews, Minister for Industry, Science and Technology read more
Our new e-magazine is OUT NOW. Click here to read.
REGISTER ADVERTISE
SUBSCRIBE TO OUR FREE NEWSLETTER
PUBLISHED | JANUARY 12, 2017
COMMENTS | NONE
Tweet 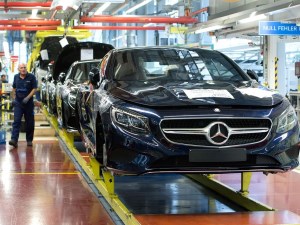 German companies exported goods in total value of 108.5 billion euros (A$154 billion) during the month – 5.6 percent more than in November 2015.

And economists are predicting German exports to reach a record high for the 2016 year.

This means export volume will have increased by about 50 percent since its former lowest point in 2009.

However up to November, German exports grew by only 0.8 percent reflecting the challenging global environment.

Export growth as a whole for 2016 is expected to be between 1 and 1.5 percent at best, predicts Coface, a global leader in credit insurance and risk management.

Due to the high level of risks in the global economy and due to strong import growth net exports are not expected to support growth in 2017, Coface says.

In November, the strongest push for export activity was given by countries outside the European Union with a strong increase by 7.6 percent year-over-year.

Although detailed data is not available yet, the Euro’s depreciation against the US dollar after the US elections probably pushed exports to Germany’s most important export destination, Coface says.

Exports into the Euro area grew also quite strongly by 5.3 percent. Shipments into EU countries outside the Eurozone grew by just 2.8 percent. Export statistics are probably burdened again by United Kingdom which is Germany’s third most important export destination. In October, exports into UK already collapsed by 15.5 percent year-over-year.

Regarding available export data so far for 2016 (January to October), the vulnerability from the external side can especially read out of the export statistics of the three most important export sectors. Automotive exports decreased by 0.1 percent year- to-date, Machinery exports by 1.4 percent and chemicals by even 2.3 percent.

Hence, you can read out dampening impact from weak global activity for these investment- and cyclically-sensitive economic sectors, notes Coface.

However, exports of pharmaceuticals could increase over the course of 2016 by 1.2 percent and data processing/electrical, optical parts by 1.4 percent. Exports of electrical equipment have increased strongly by 3.9 percent so far in 2016.

According to the lfo’s business climate index, German companies are expecting increasing export activity over the course of the next months. But the improvements are contained and are significantly lower than in the globalization’s “golden years” between 2003 and 2007.

This indication supports Coface’s forecast for 2017: Export volume will reach a new record-high but export growth is expected to improve just to about 3 percent.

Volatility in currency markets increased over the course of the last months and was strongly spurred by two key political events: the Brexit referendum and the US presidential election.

Due to the still increased level in political insecurity, volatility in foreign exchange markets is expected to remain high.

German companies are now taking advantage from the Euro’s “Trump”-depreciation, which will probably be read out of upcoming detailed export data as from November 2016.

On the other hand, the weaker pound is weighing on German exports into United Kingdom.

Since the concrete Brexit plan and Trump’s stance in economic policy still are unclear, Germany’s exports can be affected in both directions due to shifts in exchange rates.

Another issue which could hamper Germany’s export perspectives is rising protectionism.

Further, in recent GM/Ford vs. twittering Trump case you could see how decision about company settlements can be massively influenced by presumed political reasons, less by economic reasons.

Therefore, especially large companies could be forced to re-think strategic location decisions which as a consequence could increase production costs, worsen competitiveness and lower profit margins. This could be especially due for the car industry, which has or is building up large production sites in Mexico.

And increased tensions in trade policy between the US and China will probably lead to negative feedback loops for world trade and for German exporters as well.