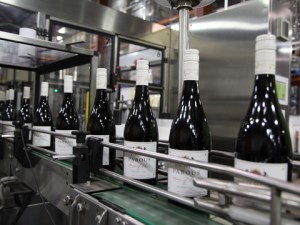 Last year, some of the world’s largest wine producing countries, including France, Italy and Spain, experienced their worst grape harvest in decades.

Combined, these three countries account for over half of global wine production.

In contrast, Australian winemakers enjoyed their largest harvest in a decade, with grape crush reaching 1.98 million tonnes in 2017, up 8% on the previous year.

This made Australia the only major wine producing country to record a better-than-average harvest for the year.

And Australia’s outperformance of other countries has opened a window for local winemakers to explore new export opportunities in the current year, says global business intelligence leader IBISWorld.

Last year’s bumper harvest follows several years of strong growth, with the value of Australian wine exports expected to rise at an annualised 6.6% over the five years through 2017-18, to $2.6 billion.

An increased appetite for higher value wines has aided this robust performance, with the average value of both bottled and bulk exports rising over the five-year period, says IBISWorld. The average value of bottled wine exports has grown to a record value of $5.63 per litre. The climbing popularity of premium wines has contributed to strong profit margins for producers.

In particular, Australian wine exports to China grew by over 40% in 2016-17, to about $853 million. This record performance meant that Australia overtook France as the largest exporter of wine to China.

Australian wine exporters have also been supported by the recent signing of the China-Australia Free Trade Agreement (ChAFTA), which came into force in December 2015. The agreement cut tariffs on Australian wines, encouraging more local winemakers to look to China for growth.

Growing wine export levels are also providing a positive flow-on effect to operators in other upstream industries that supply wine producers with services and packaging materials, such as operators in the glass and glass product manufacturing industry.

For example, Orora Limited has benefited from the strong growth in bottled wine exports over the past five years.

“As Australia continues to increase its wine exports and grow its presence as a global winemaker, the future looks rosé for the Australian wine sector,” IBISWorld reports.