‘UK wine exports are at their highest level in a decade’
Rachel Triggs, Wine Australia read more
Our new e-magazine is OUT NOW. Click here to read.
REGISTER ADVERTISE
SUBSCRIBE TO OUR FREE NEWSLETTER
PUBLISHED | NOVEMBER 11, 2014
COMMENTS | NONE
Tweet 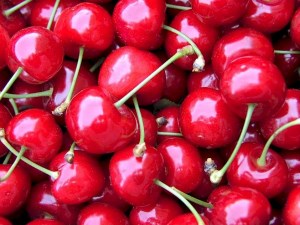 Australian fruit growers are urging the Federal Government to act quickly to save exports of fresh fruit to Vietnam.

The government says the Vietnamese Government is considering suspending trade in Australian fruit due to concerns over fruit fly management.

The ban will have a major impact on fruit exports to Vietnam, especially cherries, apples and table grapes.

The market is worth about $40 million, including grapes and cherries.

Cherry growers in Central West NSW say if restrictions are put in place, this year's cherry crop could be at risk. The crop is predicted to be Australia's largest ever at 14,000 tonnes, up from 10,000 last year.

Horticulture chairman with the NSW Farmers Association, Peter Darley, says the government needs to move to rectify the market before cherry harvest gets into full swing.

"It's got to be within weeks," he told ABC Rural.

"Growers will be starting their cherries very very shortly. It's an unseasonal year this year. It's a lot warmer and cherries are coming into production a lot quicker.

"They have to look at export to cover a huge crop like there is this year.

"Export has got to be the word of the year."

Last year, 143 tonnes of cherries were exported to Vietnam from Australia.

Andrew Gartrell, export development manager with exporter Caernarvon Cherries in Orange, says he's been hearing whispers of market restrictions for 12 months now and the government should have been more proactive.

"I think unless government can get very serious about market access, it's time for growers to start pulling trees back out," he said.

"It's a crazy situation that in the Asian century that we can't find a home for really what is such modest amount of fruit."

The federal government says it's working with the Vietnamese Government to provide additional information about fruit fly management and control in Australia.