‘UK wine exports are at their highest level in a decade’
Rachel Triggs, Wine Australia read more
Our new e-magazine is OUT NOW. Click here to read.
REGISTER ADVERTISE
SUBSCRIBE TO OUR FREE NEWSLETTER
PUBLISHED | DECEMBER 23, 2016
COMMENTS | NONE
Tweet

Fisheries and aquaculture production on the rise 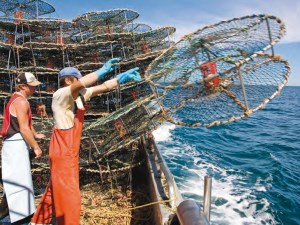 ABARES acting Executive Director, Peter Gooday, attributed the increases to a rise in the volume and prices of wild-caught rock lobster which was caused by strong export demand and a lower value of the Australian dollar.

“Wild-caught products accounted for 58 per cent, or $1.6 billion of the total $2.8 billion fisheries and aquaculture GVP,” Mr Gooday said.

“Rock lobster was the most valuable species group produced, with a value of $668 million, a rise of 14 per cent in the year, and made up 42 per cent of the gross value of wild-caught fisheries production.”

“The aquaculture sector is becoming increasingly important, largely as a result of increased Tasmanian salmonid production.

“Tasmania accounted for the largest share of gross value of production (30 per cent), followed by Western Australia (21 per cent), South Australia (17 per cent) and Queensland (11 per cent).

“The total import value of fisheries and aquaculture products remained stable in 2014-15 at $2 billion.

“The major sources for Australian edible imports (not including live products) were Thailand, China, Vietnam and New Zealand. Together, they contributed to 64 per cent of imports in 2014-15.

You can read the full Australian fisheries and aquaculture statistics 2015 report at: ABARES Publications.