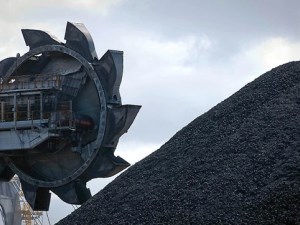 Reports on draft new guidelines for China’s coal use and their impact on Australia’s coal industry are misleading and unnecessarily alarmist, says the Minerals Council of Australia.

Greg Evans, the Mineral Council executive director – coal, says there is nothing in the information that suggests Australian coal exporters will be disadvantaged.

The draft laws seek to regulate overall quality standards of coal and do not specifically target imports, says Mr Evans. “There is also scope for local regulations to continue to use coal not meeting the standards where power generation or industrial plants have appropriate pollution controls.

“We are confident we can meet the proposed specifications.”

A recent report in Fairfax Media suggested the proposed changes to China’s coal import rules could expose the industry to “billions of dollars in lost sales.”

Mr Evans says Australia is fortunate to have reserves of high quality black coal, which will continue to be in strong demand from established and emerging markets, including China.

The main impact of the new development in China appears to be on brown coal or lignite, which Australia does not export and low quality domestic black coal.

“To the extent it impacts imports of black coal destined for northern cities this relates to small scale coal use, not large scale power plants or other industrial users,” Mr Evans says.

“China remains a valued coal trading partner with Australia and its demand for our high quality thermal coal resource will continue.

China not moving away from coal

China’s evolving environmental policies are being confused with a policy shift away from coal, Mr Evans says.

Coal currently accounts for 80 per cent of China’s electricity output and all leading energy forecasting agencies analysts agree that ongoing industrialisation and urbanisation will drive robust coal demand for decades to come.

“The International Energy Agency expects that coal will continue to dominate China’s energy mix to 2035, and that ‘China continues to import substantial amounts of coal, remaining a strong force in global coal markets.’

“The growth in coal demand in China through to 2020 exceeds the growth in the rest of the world combined.”