‘Beginning to export can be challenging, but there are massive opportunities for Australian firms’
Karen Andrews, Minister for Industry, Science and Technology read more
Our new e-magazine is OUT NOW. Click here to read.
REGISTER ADVERTISE
SUBSCRIBE TO OUR FREE NEWSLETTER
PUBLISHED | DECEMBER 5, 2015
COMMENTS | NONE
Tweet

Exports give GDP growth a lift in September quarter 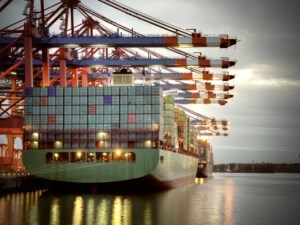 Economic growth in the third quarter bounced back to 2.5 percent after a weak June quarter – boosted largely by an increase in exports.

Commenting on figures released by the Australian Bureau of Statistics (ABS), Minister for Trade and Investment Andrew Robb said Australian exporters are making a “powerful contribution” to economic growth.

Mr Robb said the figures show that net exports are expected to contribute a healthy 1.5 percentage points to real GDP growth in the September quarter.

"The largest contribution to economic growth this quarter was exports of goods and services, up 4.6 per cent," the ABS said in a statement.

"This was concentrated in mining commodities, which is reflected by strong growth in mining activity, bouncing back after a decline in the June quarter."

Mr Robb said goods and services export volumes increased to $92 billion in the September quarter, while import volumes fell 2.4 per cent to $83.7 billion.

Resources exports rose 4.8 per cent to $47.3 billion, following an “enormous wave of investment” in the resources sector. Services exports increased by 0.9 per cent to $15.7 billion.

“As a services economy, increasing our services exports is fundamental as while they account for around 75 per cent of GDP they represent less than 20 per cent of our exports.”

Compared with the same quarter last year, the September quarter saw strong trade growth in a number of markets including China, US, India and the EU.

Mr Robb said it was also encouraging to see manufactured exports increase by 5.2 per cent to $10.6 billion. “We also saw net inflows of foreign investment into Australia valued at $18.9 billion, up from $13.6 billion in the previous quarter,” he said.

Australia’s new Free Trade Agreements are also providing new opportunities for exporters with data showing strong growth in a number of our exports to Korea and Japan since those agreements entered into force. Agricultural and horticultural exports, in particular, have flourished.

Mr Robb hopes the landmark trade deal with China will enter into force before the end of this year, while negotiations have been concluded for the 12-country Trans Pacific Partnership Agreement (TPP)

“Broadening our export base is fundamental to our future prosperity and to supporting continued growth and this explains the government’s aggressive trade and investment agenda,” Mr Robb said.

Exports ‘saved the economy from shrinking’

"What happens next depends on whether net exports can continue to more than offset the falls in mining investment that lie ahead," he told Fairfax Media.

"Net exports will be supported by further rises in commodity production and the effects of the weaker dollar.

"However, with overseas demand soft, we are not convinced that net trade can completely fill the hole.

"This is the main reason why we doubt that economic growth will accelerate significantly next year," he said.