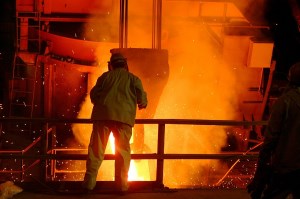 Prime Minister Malcolm Turnbull has confirmed Australia will be exempt from US steel and aluminium tariffs following talks with US President Donald Trump.

This is good news for Australian exporters, future growth and investment.

It follows the recent signing of the Trans-Pacific Partnership agreement (TPP-11) with 11 key nations – excluding the US.

Last week US President Donald Trump approved a 25% tariff on steel and a 10% tariff on aluminium imported from all countries except Canada and Mexico.

At that time the President hinted the trade protections would exclude Australia, but it wasn’t explicitly exempted.

The US is Australia’s third largest trading partner. The value of steel and aluminium exported to the US is worth more than $500 million.

Trade Minister Steven Ciobo said the decision would not only save jobs, but it would strengthen the already strong bond between the two nations.

Mr Ciobo said the announcement by President Trump that Australia will be exempt on steel and aluminium tariffs is the culmination of nearly a year worth of work.

“When the Section 232 investigation was first announced in June last year, I shot straight away to the United States to start the campaign,” he said.

“This has been an ongoing campaign. It’s involved advocacy from myself, the Defence Minister, the Foreign Minister, the Prime Minister and business entities.

“All of us, working to make sure that we are relentless about protecting Australia’s national interest.”

“This is going to see 98 per cent of all goods and items and services having removal of tariffs, the ability to boost services exports as well to drive investment.”

The US pulled out from the Trans-Pacific Partnership last year, creating concern the deal would not be effective without its most influential country. But the remaining 11 members –Australia, Brunei, Canada, Chile, Japan, Malaysia, Mexico, New Zealand, Peru, Singapore and Vietnam – pressed ahead.

Mr Trump has said he prefers country-to-country deals and is seeking to renegotiate several major trade agreements, including the North American Free Trade Agreement that includes the US, Mexico and Canada.