'USMCA is the most important deal we've ever made by far’
US President Donald Trump read more
Our new e-magazine is OUT NOW. Click here to read.
REGISTER ADVERTISE
SUBSCRIBE TO OUR FREE NEWSLETTER
PUBLISHED | MARCH 11, 2015
COMMENTS | NONE
Tweet

Exporters bracing for fallout with Indonesia over Bali Nine executions 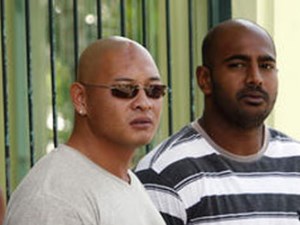 Australian exporters are fearing a backlash if the execution of two of the convicted Bali Nine drug smugglers goes ahead.

Trade relations between Australia and Indonesia are expected to sour dramatically if Andrew Chan and Myuran Sukumaran are executed.

Mr Chan and Mr Sukumaran are among nine foreigners preparing to face the firing squad in the coming days.

The death penalty row has opened up divisions between Australia and the region.

Many of the 10-members of the Association of Southeast Asian Nations (ASEAN) espouse capital punishment for drug crimes and feel Australia is attempting to bully Indonesia on the issue.

He said the view of Australia across ASEAN had been affected, adding a cloud to the business environment.

$70 billion in trade at stake

"Undoubtedly (the brand is affected), because if you've got ministers meeting to talk about an issue raised by Australia and the ASEAN reaction to it, that in itself says that ASEAN is not happy with the way things are with Australia today," Mr Guharoy told AAP last week.

"And that's not helpful to the relationship and we acknowledge that."

At stake is total trade worth $70 billion, with Australia's exports to ASEAN amounting to $24.7bn.

But Mr Guharoy said past breaches with Indonesia had been overcome and the businesses of the two countries continued to live with those realities.

He called on Indonesia's President Joko Widodo "to teach Australia how to behave towards Asia, specifically ASEAN."

In a blog posting, Mr Zainuddin urged Mr Joko to attend the upcoming ASEAN summit in Kuala Lumpur in April with his "head held high after the execution of the two Australian criminals."

Mr Innes Willox, chief executive of the Australian Industry Group, said Australian businesses are very wary at the moment about investment in Indonesia.

“And there are concerns from businesses with existing investments in Indonesia about the impact that the unfortunately imminent executions of two of the Bali Nine would have on relations between the two countries,” he told the ABC in a recent interview.

“It's almost sure that there'll be a fallout at the political level.

“You're already seeing great concerns around tourism between the two countries, and I think business is just understanding that there will at least have to be a pause in the relationship, as it were, before things can be back on track.”