‘Beginning to export can be challenging, but there are massive opportunities for Australian firms’
Karen Andrews, Minister for Industry, Science and Technology read more
Our new e-magazine is OUT NOW. Click here to read.
REGISTER ADVERTISE
SUBSCRIBE TO OUR FREE NEWSLETTER
PUBLISHED | SEPTEMBER 2, 2016
COMMENTS | NONE
Tweet 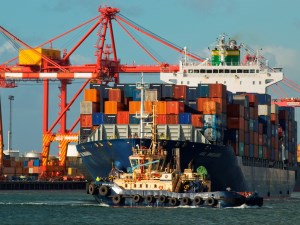 According to the Australian Industry Group Australian Performance of Manufacturing Index (Australian PMI) the exports sub-index fell 14.8 points in August to reach 44.7 points.

Ai Group Chief Executive, Innes Willox, said the fall may reflect the relatively higher Australian dollar. The dollar has been trading between .75c-.76c against the US dollar in recent months.

Overall the Australian PMI dropped by 9.5 points to 46.9 in August, breaking the manufacturing sector’s 13-month period of unbroken expansion (readings below 50 indicate contraction in activity).

A sharp fall in food and beverages in August, which had been the mainstay of recent growth, was a major factor in the correction seen in manufacturing activity, Mr Willox said.

Conditions also deteriorated for manufacturers of non-metallic mineral products and the recent growth spurt in the metals products sub-sector came to an end.

For manufacturing as a whole, despite gains in a number of other sub-sectors, production, sales, employment and stocks all fell in August.

Mr Willox said continued growth in new orders is a ray of optimism for a sector keen to avoid this correction becoming a downturn. New orders continued to grow, albeit at a slower pace (down 7.3 points to 51.5).

“The continuing patchiness both of the manufacturing sector and the broader economy underscores the importance of lifting confidence and improving policy settings in areas such as workplace relations, taxation and budgetary policy,” Mr Willox said.