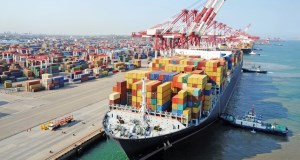 The Australian Industry Group Performance of Manufacturing Index (PMI) shows exports fell by 3.6 points to 50.3 points in May (seasonally adjusted), according to latest figures.

The trade weight index (TWI) – the Australian dollar weighted against trading partner currencies – has fallen since the start of 2017.

A lower TWI tends to make Australian manufacturers more competitive in export markets. In 2019 however, other factors appear to be weighing on the Australian PMI exports index, which has not increased in recent months (as could normally be expected with a drop in the TWI).

The AiGroup Performance of Manufacturing Index stayed in expansionary territory at 52.7 points in May, but eased by 2.1 points, indicating a slower rate of growth (seasonally adjusted).

Results above 50 points indicate expansion with higher results indicating a stronger expansion in the month.

The Australian PMI® has been stable or positive (50 points or higher) for 33 months. The last outright contraction in the Australian PMI headline index was in August 2016 (monthly result below 50 points, seasonally adjusted).

Manufacturers reported slower conditions in May 2019 compared to April, although demand is still relatively elevated in most sectors.

Manufacturers in the food and beverages sector continue to report buoyant conditions, with the index for this sector reaching a record high (trend).

In contrast, respondents from the metals and machinery & equipment sectors are reporting a downturn in demand in their sectors as well as further rises in their electricity costs.

Elevated energy prices remain the largest concern for many manufacturers, with stable and effective policy in this area a key area of interest. Both the average wage index and the selling prices index eased in May but remained at expansionary levels.