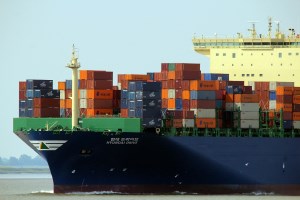 Australia exported nearly $470 billion worth of goods and services in 2018-19, an increase of more than $66 billion on the previous financial year.

One in five jobs trade related

"Increased access to international markets for Australian farmers and businesses has been a major factor in our strong export performance, he said.

"With one in five jobs in Australia trade related, and our Government committed to boosting the number of Australians employed in trade related jobs by an extra 240,000, we need to continue efforts to expand access to international markets.”

Senator Birmingham says the impact of global trade tensions and volatility of commodity prices means there is no room for complacency.

There still many threats to be managed, he says.

“That’s why we’re progressing trade negotiations with the European Union and why we will move as soon as practicable to secure a trade deal with the United Kingdom.

“I have also just returned from discussions in Beijing where we are on track to conclude negotiations on the Regional Comprehensive Economic Partnership by the end of this year.”