‘Beginning to export can be challenging, but there are massive opportunities for Australian firms’
Karen Andrews, Minister for Industry, Science and Technology read more
Our new e-magazine is OUT NOW. Click here to read.
REGISTER ADVERTISE
SUBSCRIBE TO OUR FREE NEWSLETTER
PUBLISHED | JUNE 19, 2019
COMMENTS | NONE
Tweet 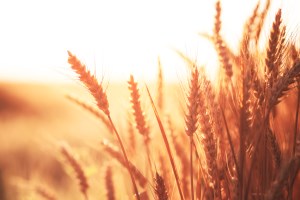 Australia has lowered its forecast for wheat exports over the 2019-20 season by nearly 18 per cent amid the ongoing drought.

In its latest forecast, the Australian Bureau of Agricultural and Resource Economics and Sciences (ABARES) also predicts the total value of Australia's farm production will drop 3 per cent in the coming 2019-20 season to $59 billion, while export earnings will drop by 4.5 per cent.

This is due to declines in beef, wool, lamb and cotton.

And this year Australia will import grain for the first time since 2007.

The Department of Agriculture said last week the first shipment of the commodity into the country had arrived and ABARES says more imports are likely.

ABARES forecasts wheat exports will total 11.7 million tonnes in the crop year beginning in July, down from its previous estimate in March of 14.2 million tonnes.

Lower Australian exports will support global benchmark prices, which have rallied nearly 30% over the last six weeks amid concerns over tighter global supplies.

Wheat is the country’s most lucrative rural export from an agricultural sector worth about $50 billion.

Australia is the world’s fourth biggest wheat exporter and the sharp decline in exports is expected to hit Australia’s slowing economy.

Australia provides 90% of the world’s exported fine-wool used in clothing manufacturing, but the drought has left farmers without enough food or water to keep livestock alive.

ABARES chief analyst Peter Gooday says the value of livestock exports will drop by 11 per cent.

"The cattle herd will finish this year at about 25 million head, which is the lowest level since the early 1990s," he said.

Farmers are selling their breeding stock for premature slaughter, albeit at decent prices, and it is expected to take years for the national herd to recover.

It comes after huge number of stock in north west Queensland lost in February's floods, while across the border in the Northern Territory, 500,000 cattle were essentially evacuated due to the on-going dry conditions there.

ABARES reported Australia's cotton production more than halved between the 2017-18 season and the 2018-19 season, and it forecasts a further 40 per cent drop in the coming 2019-20 season.