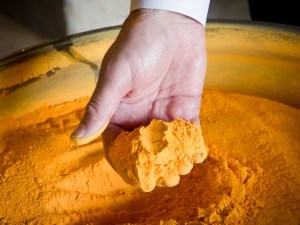 Australia will start exporting uranium to the United Arab Emirates, under a new deal signed by the Federal Trade Minister, Andrew Robb.

“This Nuclear Cooperation Agreement has been secured because Australia is a reliable supplier of uranium, said Mr Robb. “And the UAE is a responsible user of nuclear energy for civilian purposes and this will open up a new long-term market for Australian uranium producers.”

Under the agreement, Australia will supply uranium for use in UAE’s developing civil nuclear power program and cooperate in nuclear-related activities such as nuclear safeguards, security, safety, and nuclear science.

“The Agreement reinforces Australia’s close and expanding relationship with the UAE, based on our mutually shared political, strategic and economic interests,” Mr Robb said.

Mr Robb recently visited the UAE and the Kingdom of Saudi Arabia to discuss investment opportunities.

During the visit he promoted Australia’s capability as an international education provider and its strength in delivering education services in market.