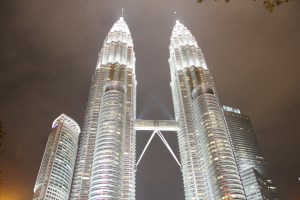 Walking to an appointment in Kuala Lumpur I was stunned and stopped dead in my tracks when my business associate asked if anyone had ever pointed out to methat I “walk like an Aussie.”

I had just started going to Malaysia and after a few trips thought I had a pretty good understanding and appreciation of business etiquette, local customs and culture such as formal greetings and how to present my business card.

So, what the heck did my friend mean about walking like an Aussie? As far as I was concerned both Aussies and Malaysians walked exactly the same.

“It’s hot and humid in KL,”my friend said to me. He then went onto added: “You and I will get to the appointment in better shape and not covered in so much perspiration by walking at a slower pace – just like the locals!”

With those few words of wisdom and explanation came a profound insight and understanding about doing business in Malaysia.

While action and getting down to business are regarded as priorities in Western cultures – that’s not the case in Malaysia and other Asian countries. Business relationships evolve slowly over time once an appropriate level of familiarity and comfort has been established.

If you rush and expect to close a deal or start talking money on the first encounter – the likelihood of a second meeting will be negligible.

Be prepared to make several trips

Australians also need to be prepared to travel to Malaysia up to three or four times getting to know the prospective business partner before genuine connectivity and a solid meeting of the minds is established.

Everyone seems to think business in Malaysia (and Asia in general) is about price. Yes, eventually it will, but initially it’s about the relationship and deciding if they trust and like you enough to do business.

As a result, establishing trust takes time and therein is the problem for Western cultures like Australia that tend to be more transactional.

It’s not to say that relationships aren’t important to Australian businesses, they most certainly are. It’s just that the emphasis moves at a much faster pace from initial connection, relationship establishment to then closing the deal.

It’s also imperative not to use hard sell tactics when negotiating with Malaysian executives and business owners. The low-key approach that lets the facts speak for themselves about the product or service is always preferable.

Australians are renowned for their directness in communicating, humour and informality.

Whilst these may be admirable traits in Australia, they can often have unintended consequences for the unwary in overseas marketplaces.

Take for example the Australian nuance of being informal. This might not sit well with many Asian cultures where respect for hierarchy is taken very seriously.

Then there’s Australian tendency to jump in if there’s a lapse in discussions and silence ensues during a conversation. Understanding when to speak and when to stay silent are both equally important in order to avoid being perceived as disrespectful for not allowing the Malaysian counterpart sufficient time to ponder a response or communicate.

Therefore, the advantages of not walking like an Aussie in Malaysia are many. The payoff will be enormous for those that understand this by taking things slowly and investing time and energy into relationship building for the long term.

Joe Perri is a member of Connect Malaysia, a group established to assist Australian and Malaysian SMEs to connect and engage in international commercial and bilateral trade activities. International trade between Australia and Malaysia achieved a significant milestone with the implementation of the Malaysia Australia Free Trade Agreement (MAFTA) in January 2013. Since MAFTA, Australia-Malaysia economic and cultural links have deepened and come together in a closer relationship and now Malaysia is Australia’s 8th largest trading partner.