Direct flights between Adelaide and China closer to takeoff 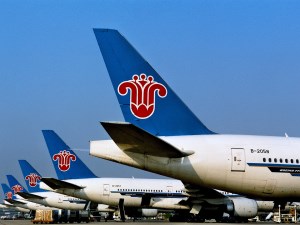 Direct flights from Adelaide to mainland China could takeoff from 2017.

The South Australian Government has signed an agreement with China Southern Airlines, which aims to establish direct passenger services between the state’s capital Adelaide and Guangzhou, China’s third largest city from next year.

South Australian Premier Jay Weatherill said the agreement, signed at a meeting with China Southern in Guangzhou last week, was important to securing the service with the global airline – the world’s sixth largest.

“The interest from China Southern Airlines has been growing and we are now committing to help their market to build awareness of South Australia by building a strong business case for flights to Adelaide,” Mr Weatherill said.

With a population of about 14 million, Guangzhou is the capital and largest city of Guangdong province in South China.

More than 32,000 Chinese visitors travelled to South Australia in the year to December 2015 – a rise of 4.7 per cent on the previous year.

Adelaide is also a popular education destination for Chinese students, with about 12,000 choosing to study in South Australia last year.

South Australian Premier Jay Weatherill led a 160-strong delegation of government leaders and representatives of more than 100 local companies to China this month.