‘Beginning to export can be challenging, but there are massive opportunities for Australian firms’
Karen Andrews, Minister for Industry, Science and Technology read more
Our new e-magazine is OUT NOW. Click here to read.
REGISTER ADVERTISE
SUBSCRIBE TO OUR FREE NEWSLETTER
PUBLISHED | AUGUST 26, 2016
COMMENTS | NONE
Tweet 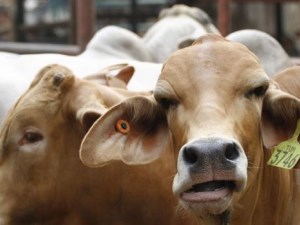 In 2014-15, the volume of Australia’s beef exports to China fell by 28%. And according to the latest data from Meat and Livestock Australia, in the first seven months of 2016, Australia exported 33% less than the same period in 2015.

The cattle and beef trade is a poster child for Australia’s next-generation engagement with China. But an independent report explains the complexity of the industry preventing Australian beef producers from benefiting.

China’s growing demand for beef stems from its middle class, which will continue to expand for decades to come. Between 2011-12 and 2013-14, the volume of our beef exports to China increased 20-fold. The report emphasises this spike in trading was mostly a coincidence of short-term factors.

Drought conditions in Australia led to a jump in slaughter numbers. But this also meant that when the rains returned, herds needed to be restocked.

The Chinese market has also proven quirky. Demand suffered from an anti-corruption drive launched at the end of 2012 that slashed banqueting by government officials. Beef was a popular luxury item on the menu.

Most Chinese are not acquiring an everyday taste for beef. A different study found that while the average urban Chinese was eating 28% more beef in 2010 than 2000, they still consumed eight times more pork, a relative preference that hadn’t changed.

Some of the much-heralded trade policy breakthroughs may also not be as liberating as hoped.

In July last year a new health protocol was struck that made Australia the only country legally able to export live feeder and slaughter cattle to China. Agriculture Minister Barnaby Joyce said that within a decade the head of cattle going to China could reach one million a year, up from around 120,000.

While the health protocol makes a live cattle trade technically possible, its details make the logistics costly. The latest report’s authors consider that exports on any significant scale – let alone one million head a year – are highly unlikely.

Animal welfare is less a concern for live cattle exports to China. This is because large and modern feedlots and abattoirs will take ownership of cattle, unlike the small, individual butchers seen throughout Southeast Asia.

In December 2015, the Chinese government committed to eliminating tariffs on imports of Australian beef, as part of the historic China-Australia Free Trade Agreement.

But even the free trade agreement may not provide an advantage for long. Food price inflation and the fact that beef is a staple food for some of China’s minorities, are causing the Chinese government to abandon protection for the domestic industry generally.

While Australia has a head start, competition is rising. Singled out for special mention by the report is Brazil. In 2012, Brazilian exports to China were suspended due to disease but market access was regained in the middle of 2015.

By September 2015, the volume of Brazilian frozen beef exports to China already exceeded that from Australia.

Australian beef producers also need to worry about Uruguay, Canada, Argentina, the US and even India.

Despite all these challenges, the report is fundamentally optimistic in its outlook.

China’s own beef industry – which produces three times more output than Australia’s – is shrinking as farmers take up more lucrative opportunities elsewhere in the economy.

Urbanisation also still has a long way to run. Only 56% of China’s population living in cities, compared with 89% in Australia. The average Chinese urban dweller consumes four times as much beef as their rural counterpart.

And for all the talk of a slowing Chinese economy, the emergence of China’s middle class remains on track. The OECD says between 2009 and 2030, its ranks will swell by more than 850 million. Compare that with only an additional 16 million in Europe.

We could still sabotage of our own chances.

The report concludes that Chinese investment in Australia’s beef industry, from farms to abattoirs, would help to make the trade potential a reality. Earlier this month Tony Mahar, chief executive of the National Farmers Federation, made the same point in arguing for fewer restrictions on foreign investment in the agricultural sector as a whole.

Just a few weeks ago, Treasurer Scott Morrison approved the sale of the Carlton Hill cattle station to a Chinese buyer. The new owner immediately leased back the station’s cattle production operations to the previous owner, Australia’s Consolidated Pastoral Company, recognising the experience and expertise they had in running the business.

But for Treasurer Morrison it was a different story back in March when he rejected a Chinese bid for S Kidman and Co. That’s money still sitting in Shanghai. Instead it could be here, hard at work making more beef to sell to China.

James Laurenceson is Deputy Director and Professor, Australia-China Relations Institute (ACRI), University of Technology Sydney. ACRI and UTS Sydney commissioned the University of Queensland's China Agricultural Research Group to write a report on the Sino-Australian beef and cattle relationship. The content of this article is based on the findings of that report. This story was first published in The Conversation.