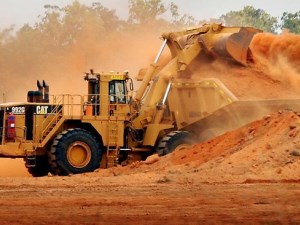 Australian commodity prices have recently fallen to a five-year low, largely due to the unpredictability of China’s economic growth.

In September Australia was forced to slash important export and employment prospects from key resource sectors.

According to Asia Briefing*, a specialist business advisory and investment service, these cuts will “inevitably inflict painful drawbacks on Australia’s mineral industries.”

Further, the strength of the US dollar has fortified the value ratio of Australian resources, such as gold. This has in turn deterred foreign investors interested in purchasing or sending in money.

These results come in the aftermath of a relatively smooth recovery of the Australian resource market, which had initially been pilloried by fund withdrawals in 2013.

Agriculture and oil have been heavily hit because of declining Chinese demand and a US surge in exports.

Soy beans and corn prices have fallen from 30 to 22 percent and the crude oil marker declined to A$96.64 a barrel.

However, Australia’s minerals and metal industries will potentially be hardest hit by these developments.

Gold, silver and copper have already declined 8.5, 15.7 and 4 percent respectively, and Australia’s iron ore is now being traded at AUS $80 per ton.

These industries are easily the largest of Australia’s exports, and any pressure put on them could have consequences for the entire economy.

Collateral damage has also spilled over into the coal and mining industries.

Australia’s dominant coal miner, BHP Billiton Mitsubishi Alliance (BMA), downsized their workforce by seven percent and is in the process of supplanting its previous budget.

BMA’s experience is reflected in the rest of Australia’s mining industry, whose total employment has fallen by 25,000.

Since 2003, China’s voracious appetite for coal, iron ore, and various other minerals spurred a decade-long Australian AUS $400 billion investment in its mineral and metal industries.

However, increased global supply, slower Chinese growth and a decrease in demand are causing significant problems for the Australian economy.

Figures released last week showed Chinese factory output at its slowest pace in nearly six years, and projections of growth are unlikely to improve in the next 12 months.

With the Chinese housing market in dire straits, further investment in Australian mining, minerals, and metals may lapse or possibly go defunct.

As a result, West Australia will be taking the brunt of economic damage. Without further investment, mineral exploration will become non-existent.

Industries will prioritize restructuring or smarter export methods instead of spending time and money trying to exploit untapped resources. In fact, money spent finding new deposits has been in a state of decline since 2012 – most likely reflecting the decrease in demand.

However, grim as things look, the Australian economy is not at all doomed. While the Australian dollar has weakened, opportunities have opened up in the education, tourism and agriculture sectors.

Foreign investors and economists must keep in mind that Australia’s economic success in the commodities market was largely engendered by China’s economic growth in the early 2000s, and there is therefore a direct correlation between these two economies.

Although the Chinese housing market is tarrying at present, demand will invariably return. Indeed, it is never wise to assume China is permanently out of the game.

Finally, Australia must not submit to a period of inactivity. The structure of the Australian economy needs to be re-evaluated, with diversified expansion and a greater emphasis on tourism and agriculture effective ways to remain economically competitive.

Moreover, with the recently announced influx of Chinese economic reforms, we may see the amelioration of the Australian commodity market. It is likely that Xi Jinping’s imminent visit to Australia will uncover a host of different solutions.

If policymakers make correct and pragmatic decisions, there is no danger of a severe economic crisis. Nevertheless, it would be dangerous for the world to turn a blind eye to this quandary – foreign investors and economists should be fastidious in watching this issue lest they find themselves unprepared for whatever may come.